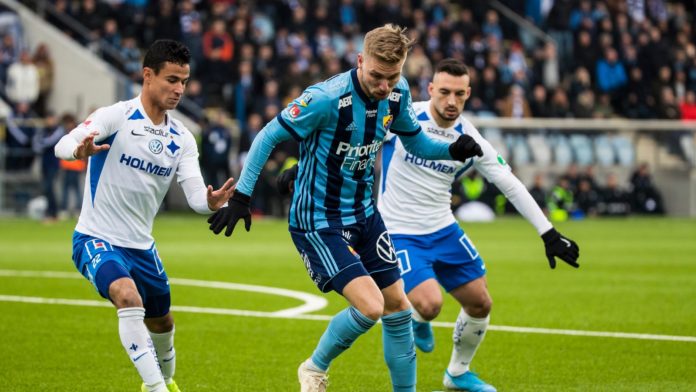 Sweden’s elite football clubs have accused the country’s health authorities of banning them from carrying out their profession as frustration over the COVID-19 pandemic grows.

The top-flight Allsvenskan has been aiming to get under way on June 14, but the league has yet to get the green light from the nation’s Public Health Authority, which is worried about fans gathering outside stadiums and in sports bars to watch games.

“We believe that we have taken a large responsibility to be able to carry out our business without spreading the infection and we cannot see that this affects sports bars, for example, as they have their own responsibilities and follow their own guidelines,” Swedish Elite Football said in a statement on Friday.

The Scandinavian country has opted against imposing the kind of strict lockdowns that has brought most of Europe to a standstill, keeping many schools and businesses open.

The top division in the Faroe Islands got under way last week and Norway, Finland and Denmark have all agreed dates to either start or resume their soccer seasons, but Swedish clubs are still unsure of when they will be able to compete.

They have submitted two separate protocols (one for training and one for games with no fans in attendance) outlining the measures they would take to ensure a safe return for the sport. They have also highlighted that in other parts of Swedish society, life is continuing as normal.

“Shopping centres and restaurants are allowed to stay open as long as they follow the demands of the authorities. But right now, elite football cannot play 11 v 11 matches in an empty arena. Where is the logic in that?” the clubs asked in their statement.

Sweden’s chief epidemiologist Anders Tegnell, who has become a household name in the country for his considered approach to the pandemic, remains unconvinced that top-level games can resume without the risk of spreading the disease.

“It’s not a question of risks for those performing their work, rather the consequences that that work will have in terms of the public and sports bars,” he said at the Public Health Authority’s daily press conference on Friday.

“Certain businesses must be limited in their operations as they carry large risks for the spread of infection.”