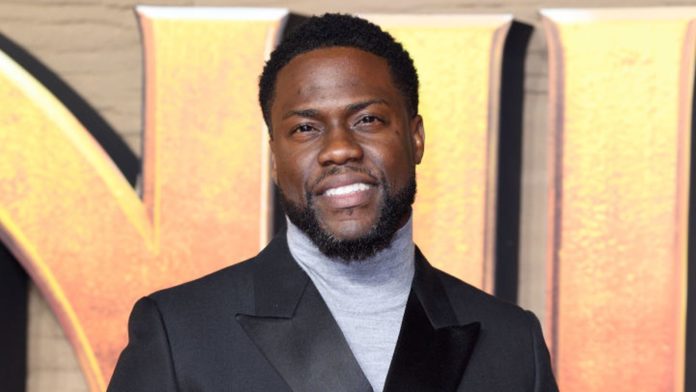 Kevin Hart has given a role in his next film to a doctor after he won a competition.

The comedian and actor, 40, awarded the prize to Henry Law, an anaesthetist from New Jersey, after the medic entered the All In Challenge.

The scheme is an online fundraiser in aid of food poverty charities, where actors, athletes, singers and more offer up items or experiences in an auction or giveaway.

Other prizes in the fundraiser include lunch with Kim Kardashian-West and her sisters, a meeting and styling session with designer Diane von Furstenberg and a ticket to the Thor: Love and Thunder premier with Chris Hemsworth.

The All In Challenge has offered more than 400 prizes and raised more than $42m (£35m) over the last four weeks.

Mr Law said he donated “a few hundred dollars” for a chance to win a speaking part, a trailer, assistant, car service, wardrobe and a stay in a five-star hotel for a future film.

He was told he was a finalist in the competition but soon after got a FaceTime call from Hart announcing he had won.

“This is big, man. This is bigger than big. This is huge,” Hart told Law.

“Henry you are about to be the next Lenny Bruce! The next Denzel! The next Macaulay Culkin!”

Mr Law replied: “Or the next Ken Jeong.”

After being told he won, Mr Law said: “I’m so excited man, I’m so excited to meet you. Thank you to you – you were one of the first to step in to do this challenge, and I appreciate that.

“You got everyone else involved too, so thank you.”

The minimum bid to compete for the prize was $10 and there were more than 10 million entries.