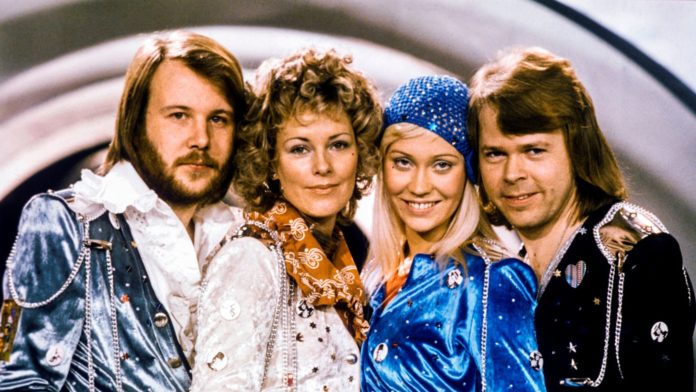 The song, which was performed at the 1974 competition in Brighton, helped the band land the winning title, the number one spot in the UK charts and shot them to global fame.

The accolade, voted on by viewers, was revealed in a replacement programme on Saturday evening, called Eurovision: Come Together, the same night this year’s final was due to be held in Rotterdam, the Netherlands.

However, much like many other high profile events in 2020, it was cancelled due to the coronavirus outbreak.

The track came out top from a list of 19 acts, selected by a panel featuring broadcasters Ken Bruce, Rylan Clark-Neal, Scott Mills and Mel Giedroyc.

UK entries such as Making Your Mind Up by Bucks Fizz, from 1981, and Love Shine A Light by Katrina And The Waves, from 1997, were among the list.

It was presented by Graham Norton, who took over the hosting duties of the programme from the late Sir Terry Wogan in 2009.

Revealing the song, Norton said: “This next group needs no introduction. Probably the most famous group to ever win Eurovision – it’s Brighton, it’s 1974, it’s Abba and a big pot plant. Waterloo, ladies and gentlemen.”

The show also featured an interview with James Newman, who was due to fly the flag for the UK at this year’s content.

Newman, brother of pop star John Newman, was hoping to improve the country’s prospects at the annual event after Michael Rice placed last in 2019 with Bigger Than Us.

Speaking via videolink, he recalled the moment he found out the contest had been cancelled.

He said: “It was before lockdown and me and my wife were just out for a drive actually. We’d just been out to get some shopping and stuff.

“And then I got a text and they were like ‘it’s cancelled.’ I had to have a few minutes to myself.”

He tipped Iceland’s Think About Things by Dadi Og Gagnamagnid as the entry he had been looking forward to seeing.

The programme commenced BBC One’s replacement Eurovision coverage, and was followed by Eurovision: Europe Shine A Light, which was organised to honour all the 41 songs which would have made up this year’s contest, in a non-competitive format.