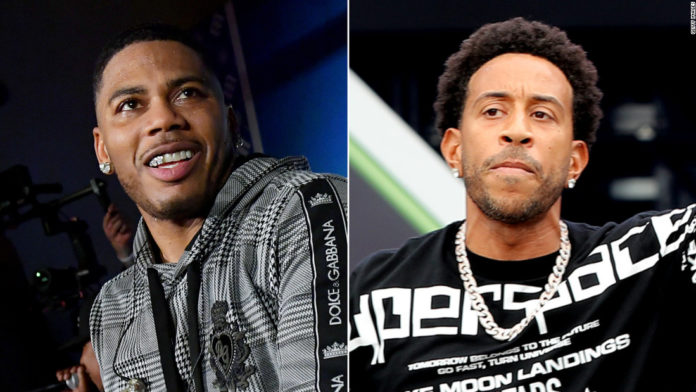 The two rappers were set to go live at 7 p.m., but repeated issues with a Wi-Fi signal on Nelly’s part caused delays and even lack of audio at times.
St. Louis, where Nelly lives, was dealing with strong thunderstorms, winds and possible hail Saturday, according to the National Weather Service.
“Your Wi-Fi needs some milk” Ludacris jokingly said. Folks on Twitter also chimed in with their jokes.
After a couple of attempts, though, Nelly was back for a night of nostalgia with Ludacris.
More than 400,000 viewers tuned in for the three-hour livestream. Each Grammy award-winning rapper played their string of hits including “How Low” and “Na-NaNa-Na.”
Ludacris played an unreleased version of “Money Maker” with Nelly singing the chorus instead of Pharrell.
Like most of the other battles that took place already, both rappers praised one another.
“Your longevity is legendary,” Nelly told Ludacris.
“There are no other Nellys in the world,” Ludacris told Nelly.
Saturday’s battle was part of an ongoing series by producers Swizz Beatz and Timbaland as a way to entertain fans during quarantine. Previous battles have featured singers Erykah Badu and Jill Scott, singer-producers Teddy Riley and Babyface as well as rappers T-Pain and Lil Jon.

Patty Jenkins Reveals Why She Turned Down a Justice League Movie