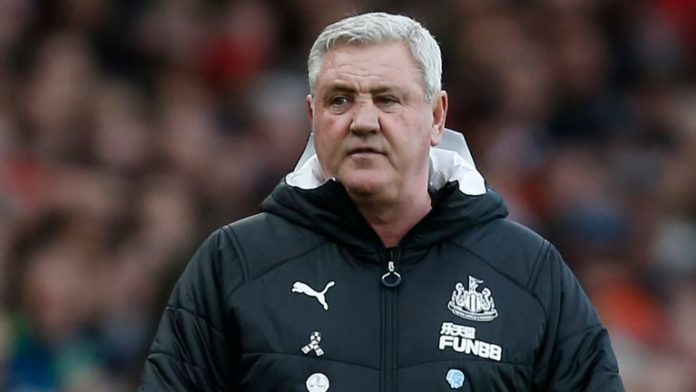 Is a return to training close?

Yes, but clubs are required to agree to Premier League protocols.

A vote is required to implement the first phase of training – small groups with social distancing – and nothing more advanced.

At least 14 clubs must approve these new measures.

If the majority of clubs agree on Monday’s conference call, players can return to a sterile non-contact environment later in the week.

A return to training, on a socially distanced basis, has been discussed between club captains, managers, the Professional Footballers’ Association (PFA) and League Managers Association (LMA), and concerns have been raised by some senior players.

As we have seen by comments from Newcastle manager Steve Bruce, and Manchester City’s Raheem Sterling, over the weekend, the timescale for a return to training remains a key issue.

In a draft document seen by Sky Sports News, each club must ensure that, before any player or staff attends the training ground, they have provided written confirmation that they have received the terms of the Club’s Covid-19 operational policy.

How is testing working?

Clubs have been conducting Covid-19 tests over the weekend, and the Premier League will receive results within 24 hours.

The test will determine if a person has the virus now (RT-PCR test) and not if they have had it in the past.

Each club can receive up to 80 tests over two slots in a week.

With up to 1,600 tests a week, across all 20 clubs, it would be a surprise if there weren’t positive results.

If a player or member of staff has shown symptoms and tests positive for coronavirus, they must self-isolate for seven days before a further test.

If a player or member of staff has shown symptoms but tests negative for coronavirus, they must still isolate for seven days before a further test.

In all cases, they will not be allowed to return to the training ground during that period.

The tests, conducted by Prenetics as part of its ‘Project Screen’ programme, are being paid for by the Premier League, at no cost to the UK taxpayer.

Each club must have appointed a ‘Designated Covid-19 Officer’, who cannot be a member of their medical staff.

Clubs had to conduct a Covid-19 focused occupational health risk assessment, record its results and make those results available to the Premier League on request.

Nobody can yet say when players in England can come into contact with other players and, by default, that will delay the resumption of games.

The Premier League has said it welcomes all questions, concerns and feedback.

But who will give the green light to physical contact and allay concerns of players? How is contact defined, in terms of risk? What about players with underlying health conditions? What about the impact of a number of positive tests at clubs?

Nothing is entirely risk-free but there are understandable concerns over a virus that has killed more than 300,000 people around the world, according to data provided by the Johns Hopkins University School of Medicine.

The government is ‘opening the door’ for competitive football to return safely in England, in June, but medical experts remain cautious.

Professor Jonathan Van-Tam, the Deputy Chief Medical Officer in England, said it will depend on a return to non-contact training.

“We will have to see how that goes before it is time to move on, or even think about, moving on to the return of competitive football matches,” he said.

What about the UEFA ‘deadline’ on May 25?

Europe’s top leagues, including the Premier League, have been asked to provide UEFA with an update by May 25, including a proposed date to resume and format.

The date is significant because it is two days before a key UEFA Executive Committee meeting, and an anticipated decision over the remaining games in the Champions League and Europa League this season.

UEFA seemed comfortable with the idea of imposing a deadline last month, to sharpen minds, but governments across Europe have since issued varied lockdown rules, which have had a considerable impact on domestic competitions.

European football’s governing body has always been sympathetic towards leagues that cannot provide a return date, if governments are unable to provide clarity on when it is safe to do so, and they will not want to punish any team remaining in their competition, owing to circumstances they cannot control.

Five British clubs have outstanding games in Europe this season – Manchester City, Chelsea, Manchester United, Wolves and Rangers – and they will be monitoring all decisions made by UEFA’s top administrators, which include former Manchester United chief executive David Gill.

But there remains questions about the anticipated 14-day quarantine restriction put in place for anybody arriving in the UK.

Will the ‘deadline’ be formally extended on May 27? It seems inevitable but nobody can yet say for how long.

What about neutral venues?

“One step at a time,” said one senior football official to Sky Sports News, with a sense of frustration that the focus is already too far into the future.

Every club in the Premier League would prefer to play their games home and away.

“It’s clear to see that some clubs feel more strongly about that than others,” said Premier League chief executive Richard Masters.

“It’s an ongoing dialogue. No-one is saying we won’t play unless certain conditions are met.”

The Premier League has held ‘positive’ further talks with the authorities this week, including the police, over a ‘sensible restart’ to the season.

But Roberts stressed the most practical option must minimise “any risks to public safety and unnecessary pressure on public services… to support the economic and morale benefits associated with the sport.”

In brief, a final decision has yet to be made.

Could the season still be cancelled – declared ‘null and void’?

The Premier League has used the word ‘curtailed’, which will be an important word approved by its lawyers.

‘Curtailment’ was discussed for the first time during their latest conference call, but only to discuss a series of ‘what ifs’.

In any crisis management, all contingency planning is expected to be discussed but it remains the desire of all 20 clubs to finish the season.

This latest conference call will be a chance to discuss more detailed plans for these crucial coming weeks.

Is there pressure on football to return?

Everybody in the game continues to stress that the safety of all participants remains the No 1 priority.

Clearly the Premier League has been monitoring developments with the Bundesliga in Germany.

Football finances, at some clubs, are in a precarious situation and Oliver Dowden, the Secretary of State for Digital, Culture, Media and Sport, has stressed the need for ‘combined goodwill’ in English football.

The government is well aware that football makes a significant contribution to the UK economy.

HMRC receives more than £3 billion per season from Premier League clubs in taxes, including more than £1 billion from players’ salaries.

Richard Masters told MPs that Premier League clubs are losing revenue at an ‘unprecedented level’, and said the competition faces a loss of at least £1 billion if they fail to complete this season.

He also warned that heavy losses have to be ‘dealt with’ or clubs and other businesses who depend on football for income will ‘go out of business’.

These are unpredictable and anxious times for everybody.

We are still no clearer to knowing exactly when football will restart, but the target remains in June.