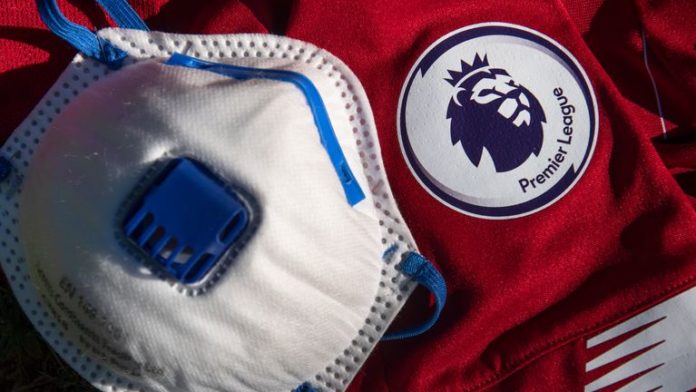 “Ian is asymptomatic and is currently safe and well at home. He will remain in close communication with club personnel regarding his re-engagement in training once he is clear of the virus.”

The Premier League announced earlier on Tuesday that six positive cases of coronavirus across three clubs had been confirmed among an initial 748 tests carried out on both players and non-playing staff.

Burnley said Woan is currently asymptomatic and will now follow Premier League requirements by self-isolating for seven days, with a view to being tested again on Monday.

“Burnley football club can confirm that after completing a Covid-19 test on Sunday, 17th May, assistant manager Ian Woan has tested positive,” the club said in a statement released on Tuesday evening.

“The Burnley first-team squad and playing staff were all tested last weekend, ahead of a return to training.

“Ian is asymptomatic and is currently safe and well at home.

“He will remain in close communication with club personnel regarding his re-engagement in training once he is clear of the virus.”

The Premier League’s announcement earlier on Tuesday revealed that the six positive tests had come across three clubs, but did not reveal which teams the cases had come from.

Squads began non-contact training on Tuesday, with twice-weekly testing to be carried out around the sessions in attempt to avoid the spread of the virus.

Burnley added that it would “continue to follow the first stage of the return to training protocol, while adhering to Premier League guidance in terms of testing all players and backroom staff twice per week”.

‘We need to wait for trends’

The fact there are six positive tests must be taken seriously.

Those individuals, whether players or non-playing staff, will have to self-isolate for seven days before they take a further COVID-19 test.

They cannot attend the training ground and three clubs will now want to establish what contact those individuals had with other people, in particular in the same household.

In theory, they should have not have come into close contact with anyone outside their household since March, under the government’s social distancing rules.

It is also important to highlight that more than 99 per cent of people have tested negative in the first round.

These figures, across 19 clubs, show that coronavirus is not widespread in Premier League clubs at the moment, at least not amongst the 40 people tested per club.

One club only carried out testing on Tuesday, and their data will be included in the next round of figures.

Up to 50 people from each club will be tested in each round going forward, twice a week, after a request by clubs, meaning up to 2,000 test results a week will be provided to the Premier League.

Prenetics, the company conducting the tests, has told Sky Sports News it can cope with increased demand.

The second round of test results are due to be published on Saturday before clubs hold talks next week about the potential return of contact training.

We need to wait for trends, using further rounds of results, before we can assess the significance of these figures and establish whether the authorities feel it is safe to resume competitive games next month.