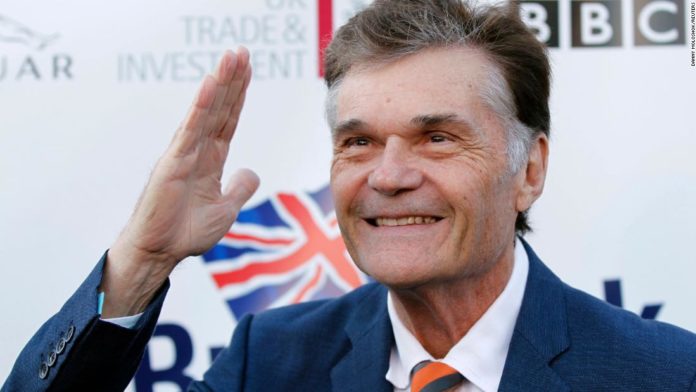 Fans may remember him for his roles in “Best in Show,” “Everybody Loves Raymond” and “Modern Family,” but other actors in the game are remembering him for the influence he had in comedy.
From his film debut in the 1967 film “Teenage Mother” to his final role in the upcoming sitcom “Space Force,” Willard worked with dozens of fellow comedy giants and inspired even more. Many of them have taken to Twitter to honor his life and share their stories of his influence.

Ben Stiller, who lost his father, Jerry Stiller, just last week, described Willard as a “brilliant comic actor and improvisor.”
“He could make anything funny. His work goes down as some of the funniest ever, From Jerry Hubbard on…he inspired and influenced so many people in comedy,” Stiller tweeted.

Willard and actress Jamie Lee Curtis were never in a movie together, but they share a connection because she is married to Christopher Guest, who directed “Best in Show” and “A Mighty Wind,” in which Willard starred.
“How lucky that we all got to enjoy Fred Willard’s gifts,” Curtis wrote. “He is with his missed Mary now. Thanks for the deep belly laughs Mr. Willard.”

Late-night host Jimmy Kimmel tweeted a video of Willard’s last appearance on his show, “Jimmy Kimmel Live!”
“I am sad to say goodbye to Fred Willard, who was still the funniest of men at age 86,” Kimmel captioned the video.

Steve Martin, who played a fire chief opposite Willard as a mayor in the 1987 rom-com “Roxanne,” called Willard his “comic hero” and said in his tribute on Twitter he was “thrilled” to work with him.

Nick Kroll said Willard inspired his career.
“Every time he was on screen I got excited and he never disappointed,” Kroll tweeted. “Watching him in Fernwood Tonight, Spinal Tap, Waiting for Guffman, Best in Show and all of his other film and TV appearances inspired me to be a comedic actor. What a gift he was to all of us. RIP Fred Willard.”

“Fred Willard could not have been funnier. He was pure joy. And the sweetest person you could ever meet,” filmmaker and comedian Judd Apatow, tweeted.
“Full House” actor Bob Saget shared a picture of himself with Willard and Martin Mull.
“Fred Willard. The dear hilarious kind man we just lost. Here am I with he and Martin Mull while shooting a documentary about Martin. Seeing them having fun together reminiscent of the Fernwood days was truly a joy. Rest in Peace dear Fred,” Saget tweeted.
Mull and Willard starred together in “Fernwood 2 Night.” Mull told Variety that the “synch” between him and Willard was the heart of the show.
“Fred and I could improvise together. We could go off script,” Mull told Variety. “He was a genius.”

Willard appeared in several episodes of Roseanne Barr’s sitcom “Roseanne” as an attorney named Scott. The actress described him as a “great comic and a great person.”

Steve Carrell worked with Willard on the Netflix show “Space Force,” which premieres May 29. He tweeted that Willard was the “funniest person that I’ve ever worked with. He was a sweet, wonderful man.”