Seiko, the Japanese giant of watchmaking at the affordable end of the spectrum, has been in business for 140 years, much of that spent in making iconic, functional pieces that remain popular and collectable like the 62MAS, its first diver released in 1965 that can—if you’re very lucky—be found for under $2,500. Modern versions of Seiko’s divers, fortunately, are true to the style of their forebears, and at just a few hundred dollars, are an eminently more affordable route to owning a mechanical watch with a bit of a back story.

At the other end of the scale however, Grand Seiko is the company’s lesser-known, 60-year-old offshoot (now officially a separate brand) devoted to researching and making watches at the very highest levels of luxury, accuracy, and durability. It is less well known for a pretty good reason: For the first 50 of those 60 years, you couldn’t actually buy a Grand Seiko outside of Japan. But since 2010, the brand has been building an enthusiastic market among watch aficionados worldwide who are drawn to its restrained and often charmingly retro-looking pieces that in terms of finish and excellence give any Swiss brand more than a run for its money. 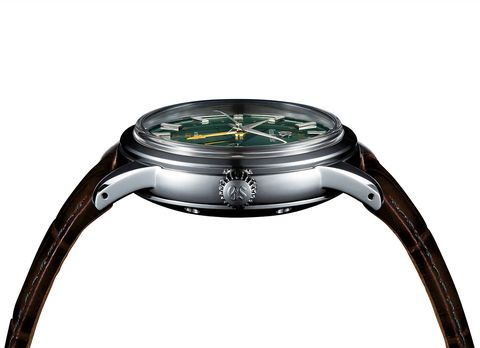 A side view of the Toge.

The Toge GMT is a special collaboration with Watches of Switzerland which, as the names suggests is, er, British. Fortunately the multi-brand watch retailer recently expanded into the US market with a clutch of polished mega stores (two in New York and one in Las Vegas) and as well as multiple branches of Mayors (also part of the group), mostly in the Southeast. The Toge’s distinct British racing green dial is a reverent nod to the group’s London origins, while the micro-ridged texture beneath it was inspired by the radial ridges of Mount Iwate, visible right outside the manufacture. The word “Toge” actually means a narrow, winding road through mountains. 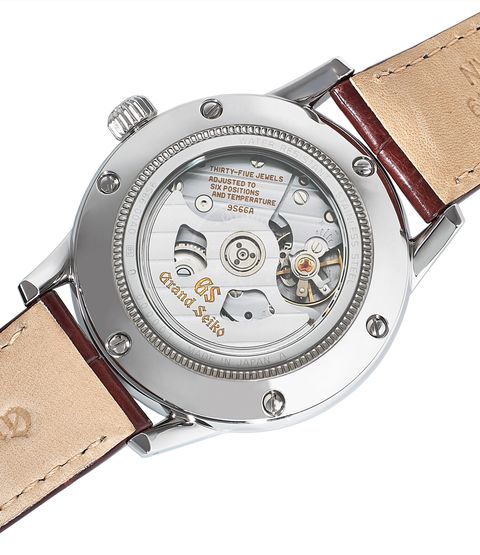 To celebrate the 60th anniversary in 2020, the company has opened a state of the art new manufacture devoted solely to Grand Seiko in Shizukuishi, a three hour Shinkansen bullet train ride north of Tokyo. Surrounded by birch trees and forested mountains, the technicians are free to wax poetical in their creations which tend—in special editions like the Toge GMT (available for pre-order for a July release)—to draw inspiration from the nature around them.