Home Culture Amanda Stanton of ‘Bachelor’ defends driving from California to Arizona to get... 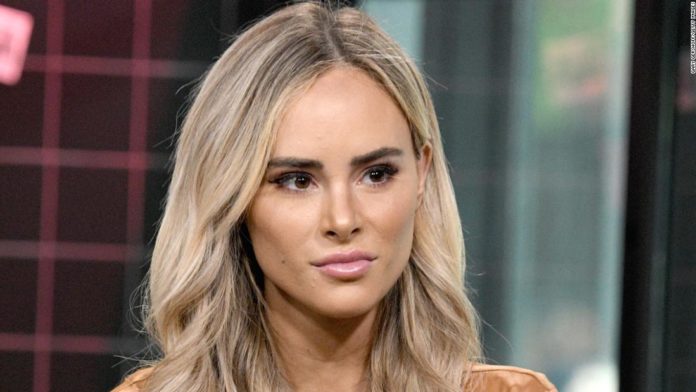 The contestant from the 20th season of “The Bachelor,” who went on to appear on “Bachelor in Paradise,” had documented on her verified Instagram account traveling with her 8-year-old daughter Kinsley to a Arizona hair salon.
“Drove very very far to get my hair done & may have peed on the side of a dirt road because I’m scared to use public restrooms,” she wrote in a posting on her Instagram stories. “But it was worth it.”
In another posting, the mother of two wrote that she had been staying home since March 14 and hadn’t even ventured to the grocery store.
“I hadn’t had my hair done since January and my hair stylist who I have been going to for years JUST opened her salon,” she wrote. “I thought I’d rather go when she JUST opened than later when more people had been there.”
She said she and her daughter had earlier tested negative for Covid-19 and also posted a photo of herself with the caption “never been so early to a hair appointment in my life.”
Stanton again took to her Instagram Stories after she was criticized for heading to the stylist, as others continued to quarantine.
“I was really affected by some of the backlash I received yesterday and wish I didn’t care so much about what other people thought about me or feel the need to defend myself sometimes (especially when I know I’m doing my best),” she wrote.
Stanton also wrote that sheltering in place has been difficult for her since she is used to being active and that the anxiety had her “obsessing over character flaws and replaying/over analyzing mistakes I’ve made.”
But not everyone was bothered by her decision, and the reality star said she’d received positive messages from some of her followers.
“Aside from the backlash yesterday, I feel so much better that I got my hair done and Kins had the best day ever at the hair salon,” Stanton wrote. “She told me ‘this almost feels like a normal day’ and It made my heart cry happy tears.”