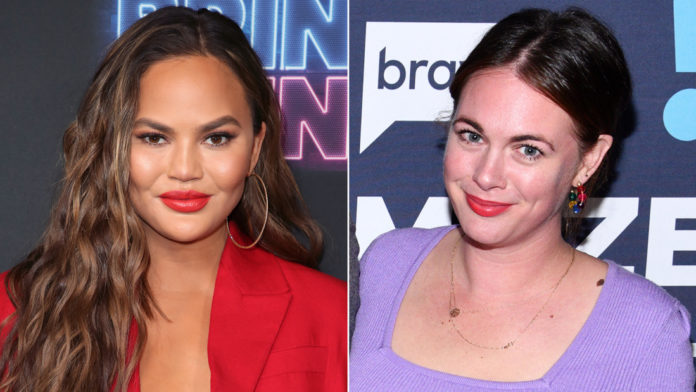 “I hope we can laugh about it one day but I’m not happy with the NYT leave so she def can’t laugh about it yet,” Teigen wrote in a tweet. “It just sucks in every way.”
Roman’s column has been placed on “temporary leave,” a spokesperson for The New York Times, who declined to elaborate, told CNN earlier this week.
Teigen responded after Roman’s colleague from The Times, Bari Weiss, tweeted a story from the Daily Beast, which was first to report that Roman’s column was placed on leave.
“You used to have to do something real to get cancelled. Apparently now you just have to criticize a celebrity!” Weiss wrote.
“I don’t like this one bit and I’m doing what I can (off Twitter) to make that known,” Teigen tweeted in response.
CNN has reached out to Roman for comment.
Roman has apologized and said she was “deeply embarrassed” about comments she made regarding Teigen and Marie Kondo’s businesses in an interview with the New Consumer published last week.
“Among the many uncomfortable things I’ve begun processing is the knowledge that my comments were rooted in my own insecurity,” Romans wrote in a social media post last Friday. “My inability to appreciate my own success without comparing myself and knocking others down — in this case two accomplished women — is something I recognize I most definitely struggle with, and am working to fix. I don’t want to be a person like that.”
Both Teigen and Kondo have a cooking lines they sell as part of their business empires, which Roman seemed to criticize in her New Consumer interview.
“The idea that when Marie Kondo decided to capitalize on her fame and make stuff that you can buy, that is completely antithetical to everything she’s ever taught you…,” Roman was quoted as saying when asked about the line between consumption and pollution. “I’m like, damn, b***h, you f***ing just sold out immediately! Someone’s like ‘you should make stuff,’ and she’s like, ‘okay, slap my name on it, I don’t give a s***!'”
Roman’s critique of two successful Asian women was met with backlash on social media and hurt from Teigen, who wrote on Twitter that she considered herself a supporter and admirer of Roman.
Prior to the column’s suspension, Teigen accepted Roman’s apology in a series of tweets.
“I still think you are incredibly talented,” Teigen wrote. “And in an industry that doesn’t really lend itself to supporting more than a handful of people at a time, I feel like all we have are each other!”
A rep for Kondo earlier told CNN she had no comment.