Home Culture ‘The Empire Strikes Back’ at 40: How the sequel launched ‘Star Wars’... 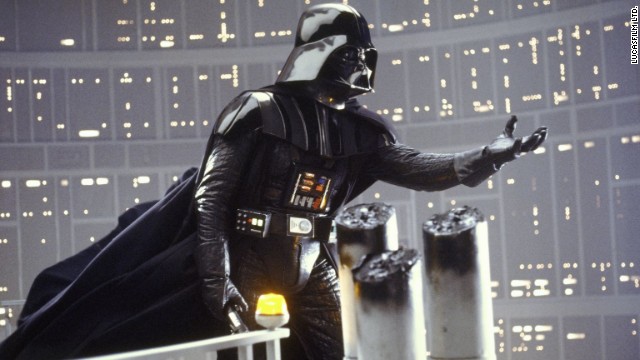 “Empire” premiered three years after “Star Wars,” which was later subtitled “A New Hope.” With one line, “I am your father,” the second movie brought a mythic grandeur to George Lucas’ far-away galaxy, while elevating the lightsaber battle to a high art and turning the villain, Darth Vader, into the pivotal figure in the story.
The movie also introduced Yoda, the tiny Jedi master; the Emperor, establishing the master-apprentice relationship that would define the villainous Sith and their descent to the dark side; the bounty hunter Boba Fett; and Lando Calrissian, played by Billy Dee Williams, addressing the conspicuous lack of diversity in the original film. (After “Star Wars” opened, actor Raymond St. Jacques notably published a letter in the Los Angeles Times lamenting the “invisibility” of people of color in that film in particular, and the futuristic science fiction in general.)
Lucas didn’t direct “Empire” (that task fell to Irvin Kershner), and enlisted Lawrence Kasdan to work on the screenplay, beginning a long association with the writer-director of “The Big Chill” and “Body Heat.”
Although Lucas had plotted the story, Kasdan’s involvement helped shape and add depth to “Empire,” as it went in more mythological directions.
As Kasdan told Wired before “The Force Awakens” launched the most recent trilogy, “Nothing could be more fun than ‘A New Hope,’ but in ‘Empire’ the characters could be more interesting, more complex.” While Lucas had famously envisioned a multi-part story, as Kasdan noted, there was “no reality” to that idea until “Star Wars” became a sensation, creating the possibility of transforming the concept into a sweeping narrative.
Those heightened ambitions weren’t lost on the cast at the time. In a 2018 interview with Starwars.com, Mark Hamill recalled that “Empire” was “so much more challenging to the audience and, of course, so dark and so shocking that it ended with us defeated. … I thought, ‘This is sort of the make or break.’ If this one doesn’t resonate with the public, the future of the franchise — and at that time I was only thinking the trilogy — it’s pivotal that this movie connects.”
“Empire” connected on virtually every level, from the continued evolution of the special effects to the romance between Han Solo and Princess Leia (“I Love You.” “I know”) to composer John Williams’ “The Imperial March” (a.k.a. Darth Vader’s Theme), a piece of music every bit as iconic as the opening theme.
The movie also included what can be seen, in retrospect, as the granddaddy of spoilers — shrouding all future iterations in secrecy — before that term was commonly used.
The intervening decades have yielded a mixed bag creatively speaking for Lucas’ universe, now under the stewardship of Disney. The overarching “Star Wars” name has not only generated billions in revenue, but birthed a fan base with a proprietary feeling about the source material that they can share, for better and ill, through social media channels that were as much the stuff of science fiction in 1977 as holographic chess.
Yet most of what’s best about “Star Wars” has roots in “The Empire Strikes Back” — including key characters in the latest offshoot of it, “The Mandalorian” — in the same way “The Godfather Part II” turned its predecessor from a great movie into a “saga.”
At the moment, the future of “Star Wars” is, as Yoda would say, in motion. The linchpin of its past, however, runs straight through “Empire” and the summer of 1980.