Home World Scott Pilgrim vs. the World Will Return To Theaters For Its 10th... 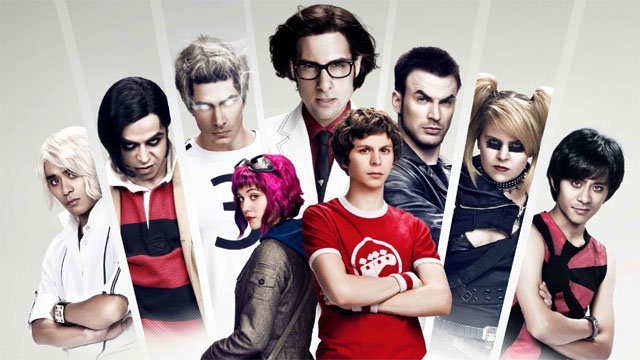 Scott Pilgrim vs. the World Will Return To Theaters For Its 10th Anniversary

Back in 2010, the movie adaptation of Bryan Lee O’Malley’s smash indie comic, Scott Pilgrim, failed to make an impact at the box office. However, in the decade since its release, Scott Pilgrim vs. the World has earned a cult following for its unique style, action, and comedy. During a recent Scott Pilgrim rewatch party, director Edgar Wright revealed that the film is heading back into theaters for its 10th anniversary.

Finally, I wanted to make an announcement about the movie… something we were going to do for the 10th anniversary in August… #ScottPilgrim #WatchWithTheAcademy

If you thought watching Scott Pilgrim from home was great, wait until it’s back @DolbyCinema, only in theatres! #DolbyVision #DolbyAtmos #ScottPilgrim #WatchWithTheAcademy

Wright noted that the re-release is coming with the support of Dolby Cinema and Universal Pictures. But he also conceded that movie theaters may not be open by August. Regardless, Wright said it will still happen soon.

We were going to do this in August, but make no mistake, this will happen soon. #ScottPilgrim back on the big screen thanks to @DolbyCinema & @UniversalPics. Can’t wait. https://t.co/7ujoTEXFfb

Are you excited about the upcoming re-release? Let us know in the comment section below!

We are also a participant in the Amazon Services LLC Associates Program. This affiliate advertising program also provides a means to earn fees by linking to Amazon.com and affiliated sites.