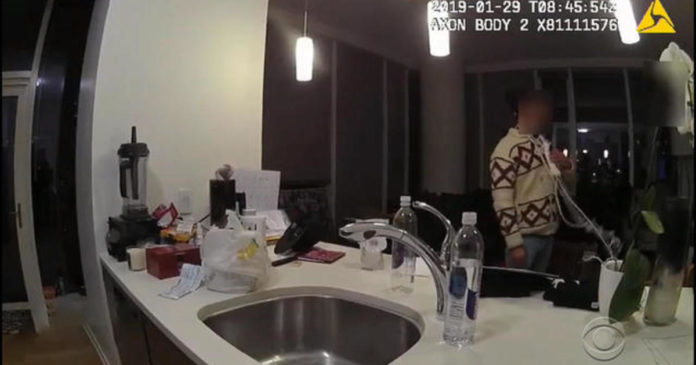 New video from the Jussie Smollett hate crime case shows what appears to be a noose around the “Empire” actor’s neck. Video from a Chicago police body camera was taken inside Smollett’s home in January, when he told them he was attacked. It’s part of nearly 1,200 files, including more than 90 hours of footage, newly released by the department. Adriana Diaz reports.