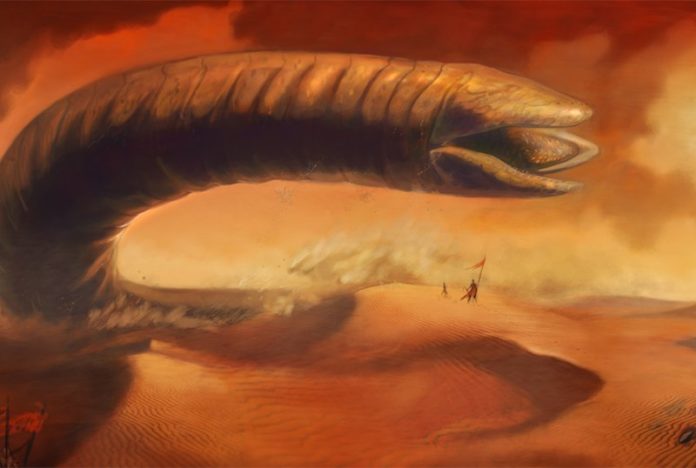 Of all the details fans are clamoring for more of in regards to Denis Villeneuve’s upcoming adaptation of Frank Herbert’s novel Dune, the utilization of the iconic sandworm creatures has been of interest and now the Oscar-nominated director has opened up on some of the development behind the creatures. (Via IndieWire)

In an interview with Empire Magazine, Villeneuve opened up on the development of bringing the gargantuan creatures to life, discussing how his desire to accurately depict them was so strong that he spent a full year designing and perfecting the look of the sandworms. Roaming in the desert wastelands of the planet Arrakis, a setting newly acquired by the Atreides family, the sandworms are a threat for anyone in search of the planet’s most valuable resource, a human-enhancement drug known as “the spice.”

“We talked about every little detail that would make such a beast possible, from the texture of the skin, to the way the mouth opens, to the system to eat its food in the sand,” Villeneuve said to Empire. “It was a year of work to design and to find the perfect shape that looked prehistoric enough.”

Dune is currently set to be released in theaters on December 18, 2020.