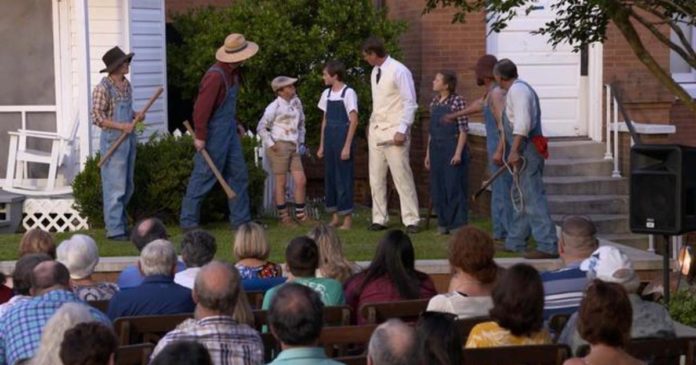 “Aaron Sorkin’s Broadway adaptation of the 1960 novel To Kill a Mockingbird is not only nominated for nine Tony awards tomorrow night — it recently became the highest-grossing play in Broadway history. But another special stage version of Harper Lee’s novel just finished a limited run: in Monroeville, Alabama, community members come together every year to perform their own version of the book. Jamie Wax reports. “