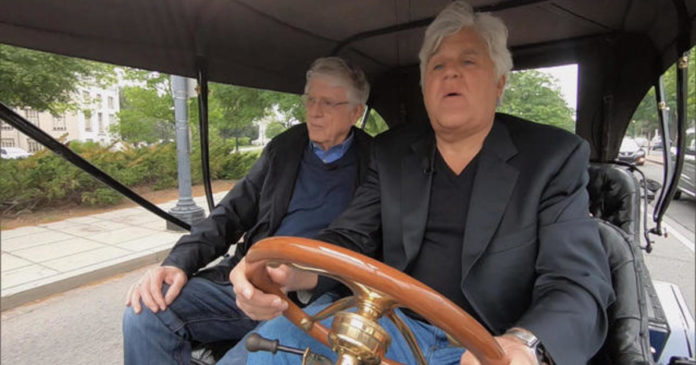 Traffic during rush hour in Washington, D.C., is among the worst in the nation – so lethargic that even a venerable Ford Model T, driven by comedian and car aficionado Jay Leno, would have to slow down to keep up. Special correspondent Ted Koppel joins Leno as he slowly makes his way through the nation’s capital, while offering a discourse on America’s transportation history.