Home Top News Enhancing food diversity in the midst of a climate crisis: How plant... 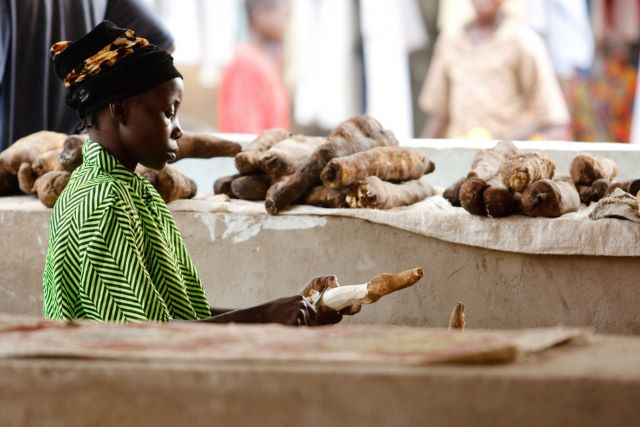 Throughout history 6 000 – 7 000 plant species have been cultivated for food. Yet today 40 percent of our daily calories come from just three crops: rice, wheat and maize. Humans depend on little more than 30 plant species, many of which are struggling in the face of today’s environmental changes. With biodiversity and entire ecosystems in serious decline, the International Treaty on Plant Genetic Resources for Food and Agriculture plays an increasingly important role in promoting farmers and their essential contribution to diversifying the crops that feed the world. The Treaty was negotiated by FAO and the Commission on Genetic Resources for Food and Agriculture (CGRFA) and adopted in 2001 to create a global system that provides farmers, plant breeders and scientists with access to plant genetic materials.

The genetic material in each variety of species is unique and precious. Derived from human and natural selection for many decades, these genetics are fundamental to our future of food. Genetic material ensures agricultural biodiversity and gives different species the ability to cope with changes, whether it be climate change, new pests and diseases, drought and even flooding. The Treaty’s Benefit-sharing Fund invests in projects that conserve and develop crop genetic resources to improve food security in cooperation with farmers.

Here are three examples of how this Treaty has helped farming communities in developing countries cope with climate change and other environmental threats.

There are over 4 000 native varieties of potato growing in the Andean highlands. These varieties are well-adapted to harsh conditions and a changing climate. In contrast, Nepal and Bhutan have only two locally adapted potato varieties but face similar conditions and environmental threats as the Andes. With this in mind, the project sought to reduce the vulnerability of these mountain communities by introducing potatoes that are more resilient to extreme temperatures and offer better nutritional quality. Working closely with the International Potato Centre in Peru, farmers in Nepal and Bhutan became directly involved in selecting new, high-yielding, resilient and biodiverse varieties of potato. The genetic material from these potatoes has since been conserved, multiplied and used by national agricultural research systems in all three countries.

Being heavily reliant on the success of the maize crop, communities in Zimbabwe, Malawi and Zambia have in recent years faced a severe food shortage because maize crops have been unable to withstand the effects of climate change, such as higher temperatures and torrential rains. “Because of the changing climate, our farm was producing less food, and most crops have not been doing so well apart from millet and sorghum,” explained Lovemore Tachokere, a smallholder farmer from Malawi. Through the Benefit-sharing fund and the introduction of 159 Farmer Field Schools across the three countries, farmers were given support and a voice. They started introducinglost varieties of different crops, creating diversity in their fields that also ensured more varied and nutritious diets. As part of the project a total of 300 lost or forgotten small grain crop varieties were retrieved from national, regional and international gene banks as part of the Treaty’s Multilateral System. These seeds are now available to farmers and scientists for further study and the development of new climate-smart varieties.

3. Ensuring a resilient cassava crop  in Tanzania and Kenya

Cassava is the third largest source of carbohydrates in the world, playing a particularly important role in agriculture in sub-Saharan Africa because it does well in poor soils and with low rainfall. Additionally, because it is a perennial, cassava acts as a famine reserve. In recent years, however, extreme temperatures, drought, flooding and a new virus, provoking ‘brown streak disease’, have affected cassava cultivation in the region. In Tanzania and Kenya, a project implemented through the Benefit-sharing Fund has led to new, more resistant and tolerant cassava breeding lines, including 30 that are heat and disease tolerant. While the farmers are now experimenting with planting new cassava varieties and using improved agricultural practices, breeders and scientists have access to improved plant material from which to select essential genetic material for future use. Community seed banks have been established through the Benefit-sharing Fund in conjunction with Farmer Field Schools and are an important initiative to collect and conserve local crop varieties. They function as a platform for farmers to control and make informed decisions on the conservation of agrobiodiversity and the cultivation of a variety of crops with nutritional value.

In the 15 years since it came into force, the International Treaty hosted by FAO has created the largest global gene pool for sharing plant material for food and agriculture, the Multilateral System of Access and Benefit-sharing (MLS). The Benefit-sharing Fund has supported over one million people through 80 agricultural development projects in 67 developing countries. These projects are clear examples of how effective the sharing of skills and knowledge across continents can be and they are crucial in the race to meet the Sustainable Development Goals (SDGs), in particular SDG 15 (Life on Land) and SDG2 (Zero Hunger). Projects under the Benefit sharing Fund are an indication that FAO’s Strategy on mainstreaming biodiversity across agricultural sectors is already taking shape and showing positive results, demonstrating that the greater the diversification of crops, the more food secure a community can become and the more resilient they find themselves in the face of current threats like climate change, pests and disease.