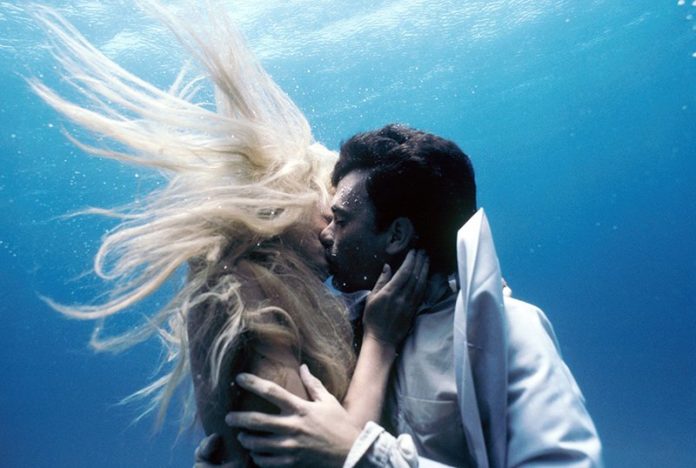 The next installment of Josh Gad’s Reunited Apart has been revealed as a Splash reunion, the Oscar-nominated comedy fantasy romance film directed by Ron Howard and starring Tom Hanks, Daryl Hannah, Eugene Levy, and the late John Candy, according to Deadline. You can check out the short teaser below!

RELATED: Back to the Future Cast & Creators Reunite on Reunited Apart with Josh Gad

It has not yet been revealed who exactly will be attending the reunion, which has been set for Tuesday, May 26 at 9 a.m. PT/12 p.m. ET, though Ron Howard, Brian Grazer, and the principal cast are expected to appear.

Written by Lowell Ganz, Babloo Mandel, and Bruce Jay Friedman from a story by producer Brian Grazer, Splash involves a young man who falls love with a mysterious woman who is secretly a mermaid. The film was nominated for an Academy Award for Best Original Screenplay.

The first two episodes of Gad’s stream series, featuring the cast and creators from The Goonies and Back to the Future, have averaged about 2 million views on Gad’s YouTube channel (where all episodes can still be viewed).

Hosted by Gad, every episode of Reunited Apart will showcase one of the many incredible charities working to provide resources to those most desperate for them during these incredibly difficult times.

Reunited Apart with Josh Gad is directed by James Merryman who co-produces along with Meghan Monaco. The web series is executive produced by Taylor Stuewe and edited by Will Newell. The theme song is sung by Kate Anderson who co-created the theme song along with Elyssa Samsel. Opening credits are by Ryan Kravetz.