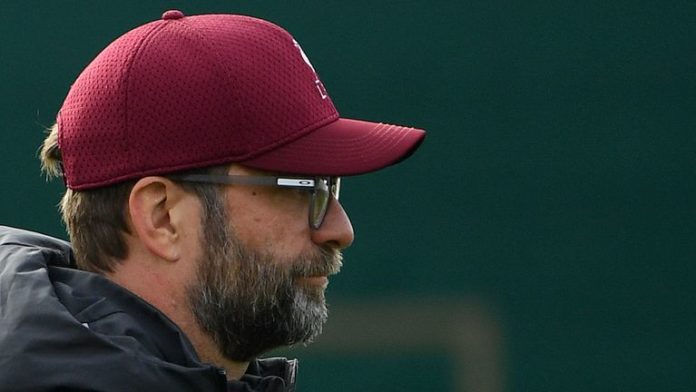 Premier League clubs are set to vote next week to start contact training despite the concerns of many players.

Clubs have been training this week in small groups while respecting social distancing measures according to step one protocols.

The Premier League has been finalising step two protocols which will involve contact training.

They will consult players and managers before the proposals are voted on at the next shareholders’ meeting on Wednesday.

One Premier League club owner says he would be amazed if clubs don’t vote next week in favour of starting contact training.

Players are expected to receive the results of their second round of coronavirus tests on Saturday after they were carried out at their training grounds on Thursday and Friday.

According to a senior executive at a Premier League club, players need to step up training next week if it is safe to do so in order to be fit for games to start again in the middle of next month.

Clubs and players are waiting for the government to release guidance for the second phase of contact training for elite sports.

Several players including Watford captain Troy Deeney and Chelsea midfielder N’Golo Kante are not taking part in phase one training because of concerns about coronavirus.

Many more players are worried about phase two because it will involve contact training. Watford defender Christian Kabasele says he would not take part in full training sessions.

“If it was starting tomorrow training 11 v 11 with contact, with everybody at the training ground, I would not go that’s for sure,” he said on the Counter Attack podcast.

Two more Watford players are self-isolating after being in close contact with people who have tested positive for coronavirus, says manager Nigel Pearson.

The unnamed pair join Watford defender Adrian Mariappa and two staff members who went into isolation this week after they tested positive in the Premier League’s first round of testing.

It is another blow for the club who also have several players, including captain Troy Deeney, staying away from training due to ongoing safety concerns.

“The testing situation is obviously to minimise risk, so for the players and staff who have been in this week statistically they should be a lot safer but it is still a surprise for those who have tested positive,” Pearson said.

“They’re all feeling OK, and likewise for their families as well. That is important for us to make sure that those people – their health is OK.

“In addition to that, we’ve had a couple more people who have to be in isolation because they’ve been in close contact with people who have tested positive, even though their own result came back negative.

“I think that shows the types of complications that we’ve got. Today everybody has been tested again, we were tested on Friday morning, and we await further results over the weekend now.

“It is just something we have got to get used to. We are trying, as everybody will be, to establish what is now a more normal working practice in the circumstances that we have. That is what we have got to work with. But they’re OK.”

Championship players will be given the option to self-test for coronavirus ahead of a planned return to training on Monday.

The EFL says it is taking a ‘flexible approach’ to testing, and has outlined three ways in which clubs will be able to check if their players are free from the virus.

Their options are: to have tests conducted by independent professionals; to have their own medical staff conduct the tests; or to allow the players to test themselves.

As part of the self-test option, players would conduct a swab test at home or at the training ground by themselves, before passing their sample onto the club to be analysed.