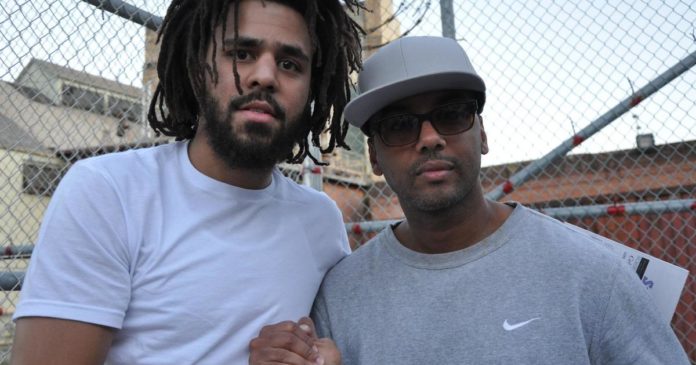 Hip-hop producer David Jassy was serving time for murder inside a California state prison when he noticed younger inmates trying to watch him produce music in his cell. Jassy arrived at San Quentin State Prison in 2013 and started working in the facility’s media center with only a keyboard and a stripped-down version of producing software.

Jassy says the interest from young inmates was his inspiration to create the Youthful Offenders Program Mixtape, a music-focused mentoring and rehabilitation program at the prison.

“I didn’t want to have the glorification of crime,” Jassy told CBS News. “Instead, I wanted to make a mixtape of them being transparent, talking about their struggle and the reality that they live, but also warn younger kids about the dangers of a criminal lifestyle.”

Jassy said his original goal was to make music for the prison’s institutional channel, but word about the project quickly got out. He soon partnered with the nonprofit DreamCorps and its criminal justice arm #cut50, and his contacts from the music industry helped solicit donations of new software, computers and equipment.

After years of working with local officials for approval, Jassy created a professional recording studio inside the facility.

Jassy said he would pitch gang leaders the benefits of supporting his program and made it clear he wouldn’t tolerate fighting or profanity in the studio.

“It was like the tension from the yards disappeared,” Jassy said. “A lot of these young guys had never been to a club or heard music through the speakers. It was a unique experience because in prison you don’t get that opportunity. That was the unifying factor, the fact they could actually enjoy the music.”

The group of incarcerated artists is releasing a new project on Friday, May 29, titled “The San Quentin Mixtape, Vol. 1.”  The project was completely written, recorded and produced from behind bars over the span of four years. Artists including J. Cole, DJ Khaled, Meek Mill, Common, and T.I. appear on the intro of the mixtape. All proceeds from the album will be donated to the National Center for Victims of Crime, The Boys & Girls Club of Oakland and the Potrero Hill Neighborhood House.

Jassy was convicted of killing Osnes after driving over his body during a 2008 altercation, according to court documents. Jassy has denied intentionally hitting Osnes with the car.

On the day of the incident, Jassy was in Los Angeles to work with a producer for Britney Spears. He traveled to the city often, collaborating with different artists including Ashley Tisdale and Sean Kingston.

California, however, is a long way from Jassy’s home in Sweden. He was part of the country’s early hip-hop movement and received his first record deal at 17. Jassy said music helped him navigate being a foreigner inside America’s correctional system. A skill he also used to bridge divides between races and rival gangs for the mixtape.

“Just the fact that I’m not from there, but was able to be received that well, is a testament because prison is a very segregated place,” he added. “The hunger to actually make it in the music industry was bigger than whatever narrative had been set by prison politics.”

CBS News previously spoke with inmates who expressed similar sentiments about the positive impact programming can have on prison communities. Advocates have long called for an increase in educational opportunities to reduce recidivism and promote safer environments.

Federal data suggests inmates who participate in any form of education have a 43% lower chance of returning to prison than those who do not. A recent study found programming participants were better able to cope with personal hardships when involved directly in music education.

Jassy said he has provided industry contacts to inmates in the program. He’s now back in Sweden but left infrastructure in place so the inmates can still make music. Under the prison’s supervision, inmates send him recorded lyrics so Jassy can finish their songs.

“If other guys in there would see that somebody from this mixtape could actually make it, I think it would inspire them to join and get away from crime,” he added. “If you can have somebody that comes out of prison and instead chooses this route, that’s a win for everybody. Any form of rehabilitation in prisons is bigger than people understand.”