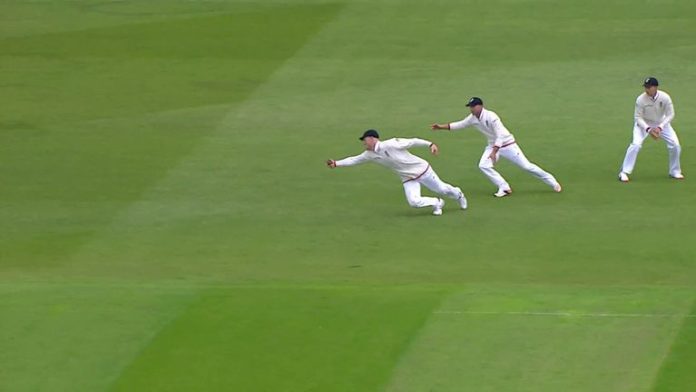 England’s brilliant slip-catching compounded Australia’s plight as the tourists were bowled out for just 60 on day one of the fourth Ashes Test in 2015.

But how difficult is it to master the art and what techniques do you need to practice?

Five years ago our pundits sought to find out and – to coincide with our re-run of that epic Test, day two of which you can watch on Sky Sports Cricket on Sunday – we’re giving you the opportunity to watch a brilliant masterclass again.

Simply click on the video above to see how Michael Atherton at first, Ricky Ponting at second and Nasser Hussain at third fared as they went through the same drill that England practiced back then before each day’s play.

Highlights include Nasser almost replicating Ben Stokes’ sensational catch from day one of that Test, which removed Adam Voges, then dropping a dolly!

Our experts also discuss the importance of setting a solid base and catching with soft hands – as well as when to go reverse and whether to watch the ball from the bowler’s hand or the edge of the bat.

As then fielding coach Chris Taylor and expert nicker Phil Neale were quick to point out, there’s no substitute for hard work!

Watch ball-by-ball coverage in our re-run of the fourth Test in the 2015 Ashes from 10am on Sunday and Monday on Sky Sports Cricket.