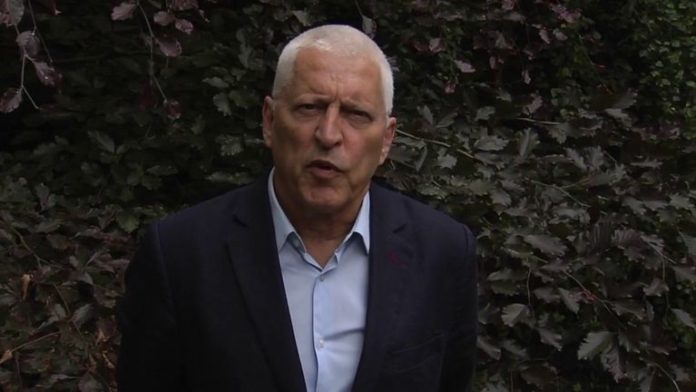 Palios argues the impact of relegation is more than just financial: “It is a hard-earned League One status that we will not just give away. It is more than the cash”

Tranmere chairman Mark Palios says his club deserve to “affect our sporting chance” and maintain their “hard-earned” League One status amid the English Football League Board’s recommendation that would result in their relegation.

The EFL has insisted in its proposed framework, regardless of whether clubs vote, or have voted, to curtail the season, that relegation must take place to preserve the competition’s “integrity” across the Championship, League One and League Two.

League One is set to be decided on unweighted points-per-game [PPG], something Palios opposes, which would – on current standings – see Tranmere drop into the fourth tier of English football.

Palios, the former Football Association chief executive, has already submitted a compromise proposal, involving promotion but no relegation, to the EFL which he believes would provide greater “fairness” and described the PPG system as “flawed”.

“It is well documented that we had to fight to get back after a really bad time and we went into the non-League,” Palios told Sky Sports News.

“It is a hard-earned League One status that we will not just give away. It is more than the cash.

“It is actually the pride of being a League One club. It is having the games against the likes, with all due respect to League Two, of Sunderland and Ipswich. That is what all the fans actually like.

“There is much more to this in terms of the League One status than just the cash impact which still hasn’t been measured.”

Tranmere, who had won three successive league games – all away from home – prior to the suspension of top-level football in England on March 13, are joined by Southend and Bolton in currently occupying the bottom three places.

Palios, who has overseen back-to-back promotions under the management of Micky Mellon, concedes the financial ramifications of the coronavirus pandemic have put clubs in a difficult position.

“We want to be able to affect our sporting chance,” he said.

“However, saying that, I am a finance guy – I recognise the financial stricture that many of the league clubs in League One and Two are facing and that is something that you have to take into account.”

AFC Wimbledon commercial director Ivor Heller, whose club are three points and one place above Tranmere, told Sky Sports News health and safety must be the priority and said he would support the season not resuming.

The EFL has confirmed that 51 per cent of Championship, League One and League Two clubs need to agree for the campaign in each division to be curtailed.

Palios, whose side have a game in hand on several of their nearest rivals, said: “It is necessary that there needs to be a compromise and we would suggest that refining the EFL’s compromise, we believe, would not damage anybody and the downside to that is you might have to manage leagues that are not of the same numbers for a small period, a year maybe even two years.”

EFL chairman Rick Parry warned that clubs face a “£200m financial hole” by September and Palios is concerned about how clubs will be able to cope with the “financial stress” of not playing games, while continuing to pay wages.

“We at Tranmere do not want to have a decision foisted on us, which is basically going to affect us financially”

Speaking to Sky News, Palios said: “There is a real financial maelstrom coming towards the league at this point of time.

“That is one of the reasons why we at Tranmere do not want to have a decision foisted on us, which is basically going to affect us financially.”

When pressed over whether he feared clubs could go into administration as a consequence, Palios says a “financial debacle” is inevitable and hopes sporting sanctions are revisited by the EFL.

“Therefore, I think they need to be considering that clubs may need to go for the protection of administration.”