Home Sport ‘Voiding the WSL season is the only way’ 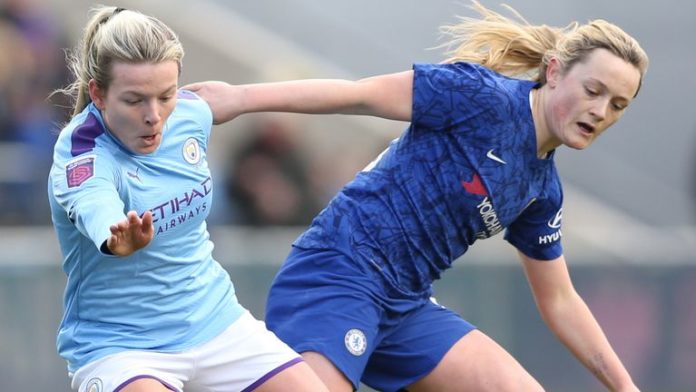 Sheffield United Women manager Carla Ward told The Football Show: “Someone is going to be aggrieved but if it did go to points-per-game then we’d wish Villa all the best with their promotion”

The Women’s Super League (WSL) and Championship seasons should be declared null and void, according to former England international Sue Smith.

Clubs in the top two divisions are yet to agree on how to finish the season, having been presented with three options by the FA.

The first option would see the tables decided using a weighted points-per-game system, which would see Liverpool relegated and Aston Villa promoted.

The second also uses weighted points per game, but there would be no relegation from the WSL. However, Villa would still be promoted, and the WSL would expand to 13 teams for the 2020/21 season.

In both scenarios, Chelsea would leapfrog Manchester City and be crowned champions. Emma Hayes’ side are currently second by one point, but have a game in hand.

The final option would be for the WSL and Championship seasons to be voided, which is the decision the FA has already taken with the third tier and below of women’s football.

“The only way is to null and void because we can’t predict what will happen in the future,” Smith said.

“Of course we want the season to finish but if that can’t happen then I think they have to null and void.

“It is such a shame for the likes of Aston Villa that have worked so hard to get into the position they are in but I can’t see another fair way of doing it.

“It’s so disappointing. In the WSL, three teams had a chance of winning it and coming into it off the back of the World Cup there was a real buzz for women’s football. If they’d finished the league it would have been a thriller.”

Carla Ward, whose Sheffield United side are six points behind Villa in the Women’s Championship, has spoken of her frustration at missing out on a conclusion to the title race.

The top three – with Durham two points behind Sheffield United in third – all had six matches still to play and Ward believes a lot might have changed at the top.

Ward told Sky Sports News: “We were coming into a period where there were massive games to play. Undoubtedly, we wanted to finish the season.

“We very much felt we were in that [promotion] race. Even Durham you could add to that mix.

“It’s a frustrating time. Villa were coming into a tricky period, they had to visit Leicester who were coming into form, and London Bees which is always a difficult place to go. We felt that there was a slip-up coming.”

Ward revealed she has been struggling to decide which of the FA’s options to favour, but is adamant that option two (Aston Villa promoted but no relegation from the WSL) would not be fair.

“I was quite surprised to see option two in there. The FA came out a few weeks ago and said in the men’s game there has to be promotion and relegation, yet here we are talking about the possibility of promotion and no relegation. That doesn’t seem fair, I wonder why that is even in there.

“If we were in Villa’s shoes, I’d want promotion and relegation so I’d steer towards that on sporting integrity.

“I must admit I have changed my mind on a number of times over the previous week.

“I don’t envy the decision-makers and someone is going to be aggrieved but if it did go to points-per-game then we’d wish Villa all the best with their promotion because they’ve been good value for it up until now.”

Trubisky reacts to being benched by Bears