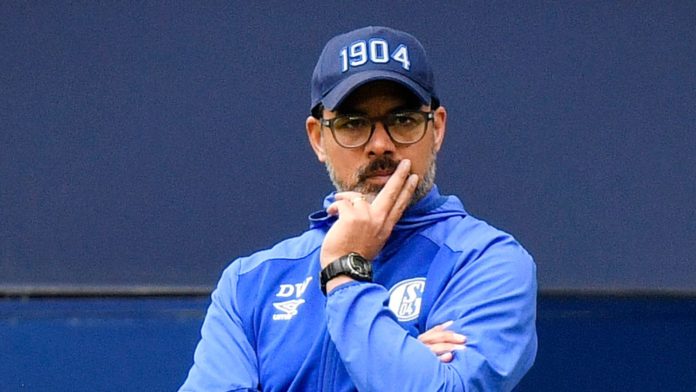 Schalke slumped to a shock 3-0 home loss to relegation-threatened Augsburg on Sunday, their fourth defeat in five games leaving them eighth in the Bundesliga.

Augsburg’s Eduard Loewen curled in a sensational free-kick in just the sixth minute and Nigerian winger Noah Sarenren Bazee finally doubled the advantage in the 76th minute, before Sergio Cordova added a third in stoppage-time.

Despite having 67 per cent possession, Schalke managed only two shots on target and another defeat piles more pressure on coach David Wagner, whose team have now scored only two goals in their last nine games.

It was a worthwhile wait for Heiko Herrlich, who finally took charge after 75 days.

Herrlich had been due to make his Augsburg debut as the league resumed from its coronavirus-induced two-month break last weekend, but he broke quarantine restrictions to buy toiletries just days before and had to watch from afar as his side was beaten 2-1 at home by Wolfsburg.

Herrlich was only allowed to return after twice testing negative for COVID-19, as per the league’s strict hygiene measures.

Timo Werner scored a hat-trick against Mainz for the second time this season as RB Leipzig reclaimed third spot in the Bundesliga with a resounding 5-0 victory at the Opel Arena on Sunday.

Werner, who scored three goals in November’s 8-0 thrashing of Mainz, set Leipzig on their way inside 11 minutes, slotting home his 22nd league goal of the season from Konrad Laimer’s brilliant cross.

Captain Yussuf Poulsen marked his 250th appearance for the club with a towering header midway through the first half, before Marcel Sabitzer rounded off a scintillating counter to leave Leipzig in complete control before the break.

Werner applied the finishing touch to a slick team move within three minutes of the restart and, after spurning a host of chances, eventually sealed the hat-trick with a lofted finish over Mainz goalkeeper Florian Muller with the 24th goal of his impressive Bundesliga campaign.