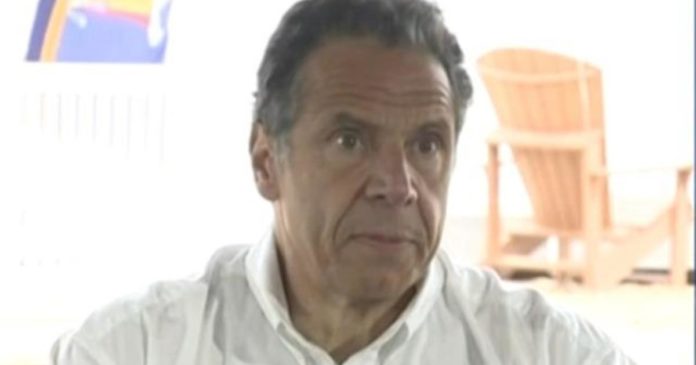 Professional sports have been suspended throughout the country since mid-March due to the coronavirus pandemic. Cuomo said the state would be working with sports teams to resume playing without audiences beginning Monday, and the teams could begin training camps, saying “work out the economics if you can.”

“We want you up,” Cuomo said. “We want people to be to watch sports, to the extent that people are still staying home. It gives people something to do, it’s a return to normalcy. So we are working and encouraging all sports teams to start their training camps as soon as possible.”

As of Friday, the Yankees and Mets are due to resume spring training in Florida. The NBA said Saturday that it is in “exploratory” talks to resume the season at Disney World in Florida.

The state’s daily death toll ticked back up above 100 on Sunday, after dropping down to 84 on Saturday, a number that had not been seen since mid-March. The statewide death toll topped 800 deaths several days in a row in April, and New York City, the epicenter of the state’s outbreak, hit its peak number of deaths on April 7, when 590 people died in one day.

Cuomo delivered Sunday’s briefing from Jones Beach on Long Island, which is on track to reopen Wednesday. Cuomo said that includes “getting the transit system ready,” including the Long Island Rail Road, the nation’s busiest commuter rail system. There will be daily disinfecting of trains and masks are mandatory on public transit.

Cardi B defends Kylie Jenner’s ‘WAP’ cameo, but there’s history behind the anger