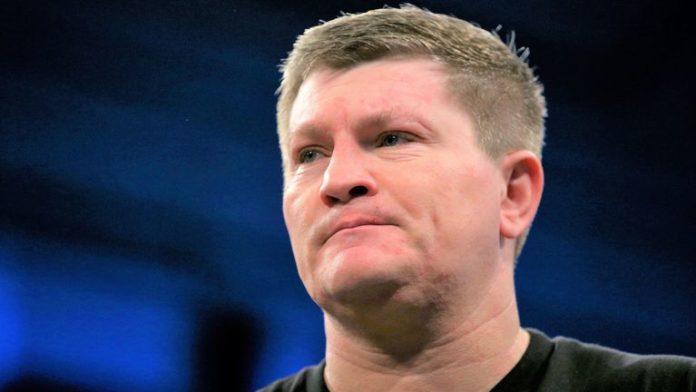 Ricky Hatton has opened up about the mental health issues he has suffered since retiring from boxing says that training became his “comfort blanket”.

The four-time world champion retired from the ring in November 2012 but has struggled to cope with the void that was left in his life.

Speaking to former Sky Sports presenter Simon Thomas as part of the 2021 Rugby League World Cup’s mental fitness charter, and before social distancing rules were put in place, Hatton admitted he had to face up to his demons.

“That was like the beginning of the end for me,” he said.

Hatton admits he found it difficult to reach out to others but sought solace back in the gym.

“I was isolating myself at first,” he added. “I started training boxers coming into the gym and training the lads and at least tried to fill my days with something to take my mind off these demons, this voice on my shoulder saying this and that to me.

When asked what “the voice” was saying, Hatton replied.

“I would come on and force a few smiles and a few shakes and everyone on the surface would say ‘Ricky is doing okay’ but then I would go home and just be sat on the settee.

“My girlfriend at the time was saying ‘Ricky, please go and speak to someone’ and in my mind, at the time, I thought to myself I’m Ricky Hatton, I’m not going to someone and say ‘I’m crying every day, I’m sat in the dark’

“I said ‘I’m not doing it, don’t worry love I’ll be alright’ and it gradually got worse and worse.”

Ricky Hatton was speaking on behalf of Rugby League World Cup 2021 to raise awareness of an extensive mental fitness training programme which is being undertaken in the build up, and during, next year’s tournament.