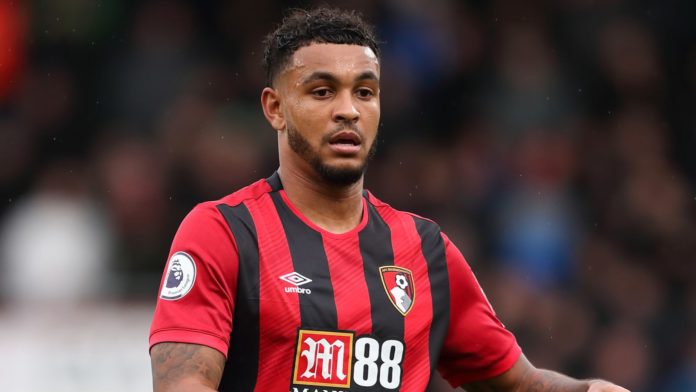 Manchester United failed with £20m bid for King in January

Bournemouth striker Joshua King is wanted by four of the top six clubs in the Premier League this summer.

Manchester United made a £20m bid for King on Deadline Day in January but they did not improve their offer after it was rejected.

They signed Odion Ighalo on loan from Shanghai Shenhua instead but are preparing to sign a striker this summer, especially if Ighalo returns to China after his loan expires.

King has one year left on his Bournemouth contract and is likely to leave this summer. He has scored 48 times since moving to Bournemouth five years ago after his contract ran out at Blackburn Rovers.

The 28-year-old has 46 international caps for Norway, and has scored 17 goals for his national team.

Part of the appeal of King to United would be his ability to play both centrally and wide, where his pace has been used to good effect throughout his Bournemouth career.

Bournemouth player one of two new positive tests in PL

Bournemouth have confirmed one of their players tested positive for coronavirus in the Premier League’s second round of testing.

The club have not named the player, who will self-isolate for seven days before being tested again.

The Premier League revealed the results of a second batch of tests on Saturday, with a total of two people from two separate clubs testing positive. Six positive tests were returned from the first phase of testing.

A total of 996 tests were carried out in the second run of mass testing, with the number of tests available to each club increased from 40 to 50.

What can we expect from the transfer window?

What can we expect from the transfer window? Sky Sports News reporter James Cooper has been getting the opinions of football insiders…

“Football is facing an uncertain future. When will it restart? Where will games be played? Who will be watching? All unanswerable right now.

“Here’s another: when will the transfer window open? Again, we don’t know, but one thing is for sure, it’ll be like no other since the system was introduced for the 2002/2003 season.

“I’ve spoken to well-placed figures across the football spectrum to ask their views on what might await us when teams can trade again.

“Nothing is set in stone, but it looks as though there’ll be plenty of new challenges following the impact of the coronavirus pandemic.”