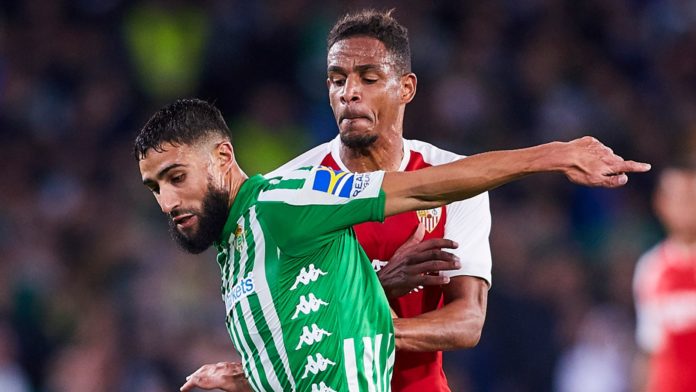 La Liga president Javier Tebas: “Our aim is to be able to announce the first four rounds of fixtures next week”

La Liga president Javier Tebas hopes a derby between Sevilla and Real Betis will mark the return of the Spanish top flight on June 11 after being paused for three months due to coronavirus.

All organised football in Spain was suspended indefinitely on March 12 with the country among one of the hardest hit by the pandemic with 235,290 infections and 28,752 people dying.

However, Spain is now set to join Germany and Portugal in resuming matches without spectators after Prime Minister Pedro Sanchez said the league would be allowed to start again from June 8 along with other sectors of the economy.

All non-professional leagues have already been cancelled although clubs in the top two divisions have resumed training in groups of up to 10 players, with full squads in La Liga able to train from June 1.

“Our aim is to be able to announce the first four rounds of fixtures next week,” Tebas told Spanish television network Movistar on Sunday.

“There is a possibility that there is a game on June 11, which would be the only match that night and perhaps there will be a tribute to all the people who have died (from the virus).

“I hope that date can be confirmed and we would like the game to be the Seville derby, kicking off at 10pm.”

Tebas also said on Sunday that footballers must remember to act responsibly to stop the spread of the coronavirus, after four Sevilla players appeared to breach the Spanish government’s rules on social gatherings.

Argentine trio Ever Banega, Lucas Ocampos and Franco Vazquez as well as Dutch striker Luuk de Jong were pictured at a party alongside eight other people over the weekend.

The picture, which was posted on Instagram by Banega’s wife, also showed a shisha pipe.

“Players are an example to society and should be careful with their actions,” Tebas said. “I call on all footballers to not act like this. We have to be very careful because a lot of people’s jobs are at stake.

“Safety is guaranteed at training grounds and matches but I’m worried about other places and parties like this. We should all be very cautious.”

The players all issued statements to apologise for their behaviour, which Sevilla published on the club’s official Twitter account.

Sevilla did not state whether the players would face disciplinary action and did not immediately respond to a request for comment.