Home Sport Will Roethlisberger be better than ever? 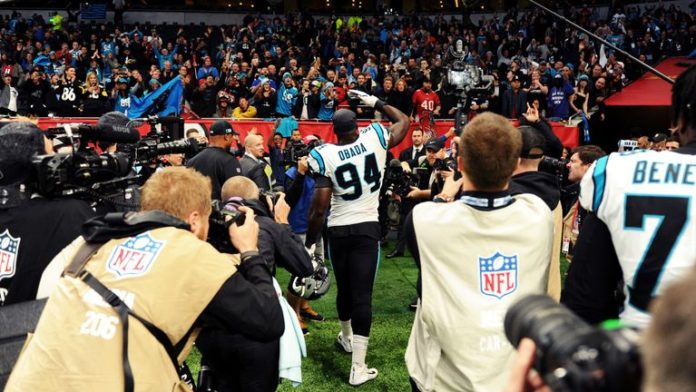 The Pittsburgh Steelers are expecting quarterback Ben Roethlisberger to come back better than ever after undergoing surgery on his elbow, says Jeff Reinebold.

Roethlisberger exited the Steelers’ 2019 Week Two matchup with the Seattle Seahawks before it was revealed the next day that he would require surgery and, as a result, miss the rest of the season.

“There are people who think that he will come back better from that injury than he was prior to it because he’ll be pain free for the first time in a long time,” said Reinebold on Inside the Huddle.

“He’s had a long time to rehab. All the indications are from everybody I’ve talked to, they anticipate, I know the Steelers brass feels this way, that he’ll be a better Ben Roethlisberger after the surgery.”

Pittsburgh adopted a new look in 2019 as they adjusted to life without wide receiver Antonio Brown and running back Le’Veon Bell, who signed with the New York Jets after sitting out 2018.

McKinney: Wilder, Mount, the Draft and me

Giants safety Xavier McKinney speaks exclusively to Sky Sports about the NFL Draft, dinner with Deontay Wilder and his friendship with Mason Mount.

Besides Roethlisberger, the Steelers also lost wide receiver JuJu Smith-Schuster and running back James Conner for four games each due to injury.

After a 0-3 start, they produced a 7-1 run mid-way through the season before finishing 8-8 and second in the AFC North.

“I think it might be Mike Tomlin’s best job since he’s been in Pittsburgh and he’s won a Super Bowl there,” added Reinebold.

“They had a stretch where it looked like they were going to the playoffs and I think he did a great job of keeping a team together. I’ve never been a big Tomlin fan but I thought he did an outstanding job last year, coaching a really hurt team.”

It was a shade of the Steelers offense seen in recent years as they ranked 30th overall, 29th in rushing and 31st in passing.

The organisation addressed its offense this offseason by drafting Notre Dame receiver Chase Claypool in the second round and Maryland running back Anthony McFarland Jr. in the fourth. They also signed veteran free agent tight end Eric Ebron, who had been outstanding for the Indianapolis Colts before picking up an injury in 2019.

“They were just a flat, bad football team on offense and trying to piece it together,” said Reinebold. “They found ways to win games with a bad offense, a really bad offense.

“But if you look at the pieces now, if Ben can come back healthy. That offensive line is a good offensive line. Even though Conner was hurt last year he still averaged four yards per carry, I think he’s a tough back that can do a lot things.

“Eric Ebron is going to be a key one for me. You go back in Steelers history, they’ve always had good play out of their tight ends. Ebron, if he’s tuned in, he’s a good football player.”

Reinebold has tipped 2020 as a significant season for Smith-Schuster as he looks to establish himself as a legitimate No 1 wide receiver.

“You’ve got to be able to get over that 1,000 yard mark and get your yards per catch up. He averaged 13.1 yards per catch, he should be around 15 with Big Ben. There’s no reason why he can’t. I think he’s a talented young receiver and he’s proven when he has someone who can get him the football he can make plays.”

It was really an exceptional effort on defense that helped the Steelers flirt with a post-season berth last year.

Bud Dupree and T.J. Watt wreaked havoc from the edge, Cameron Heyward excelled on the interior, Devin Bush was a tackling machine and Minkah Fitzpatrick made an instant impact with turnovers after being traded by the Miami Dolphins.

The team ranked fifth overall on defense, 14th against the run and third against the pass. The onus could again fall on Watt, Dupree and the rest of the D to lead the way come September.

Stay up-to-date with the NFL’s latest offseason storylines at skysports.com/nfl and on Twitter @SkySportsNFL.