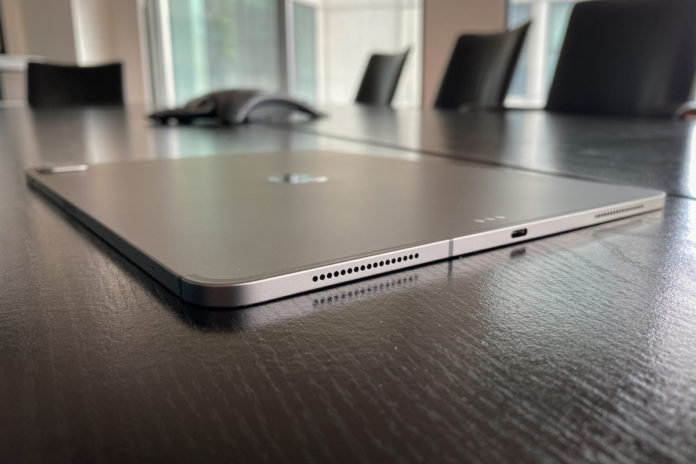 We don’t quite know what it’s going to look like yet, but in less than a month, WWDC 2020 will give us our first look at the next generation of Apple’s operating systems. And this year, all eyes will be on iPadOS. After splitting off from iOS last year to give the iPad more room to breathe, Apple’s tablet is on the verge of busting out with its new trackpad support and “reimagined” cursor. Here’s what we hope iPadOS 14 brings to take things to the next level.

When Apple added multitasking in iOS 11 with Slide Over, Split View, and Picture in Picture, it gave the iPad a new identity. However, Apple hasn’t done much to update that image since then. While the iPhone 11 has smart gestures that help you get around without fumbling for the home button, multitasking on the iPad is a confusing jumble of touching, tapping, holding, dragging, and sliding, none of which are intuitive. And it’s no better when you use a trackpad.

With iOS 14, Apple needs to re-imagine iPad gestures in a serious way to make them as smart as they are on the iPhone, with intuitive controls that feel natural and fluid.

Apple’s Magic Keyboard is more than just another way to type on your tablet. It’s a whole new experience that is closer than ever to a MacBook, with a trackpad, backlit keyboard, and better laptop ergonomics. But when you attach your iPad Pro to it, you get the same touch-based interface as before. Apple might have added a cursor, but the iPad experience hasn’t changed, so the whole system feels tacked on.

A dedicated desktop mode would change that. Imagine a system where the traditional iPad OS transformed into a pointer friendly one, with floating windows, a cleaner home screen, and a dynamic dock. The iPad isn’t just a tablet anymore, and Apple should fully embrace both worlds.

This one is the biggest head-scratcher of all. Ten years after the launch of the original iPad and we’re still missing one of the most basic features: multiple users. It goes against everything Apple stands for—flexibility, versatility, ease of use, and privacy—and makes it more difficult than it should be to share your tablet with your kids. Even Amazon lets you create different profiles for kids on its tablet so you don’t have to bog down your workspace with games and time restrictions you don’t want. We’d like to set up multiple users for anyone, but we’ll accept a kids-only version.

Since the dawn of iOS, Apple has refused to let us hide our apps, forcing us to obsessively organize and prioritize our apps and home screen by going all Marie Kondo on our devices. The iPad is the only tablet that forces you to stare at your icons all day long and block your wallpaper from view. It might have been quaint in 2010, but it’s time we got a Launchpad option in the dock that lets us completely hide our apps from view.

While we’re talking about Mac apps we’d like to see on the iPad, the Finder should be near the top of the list. The iPad has come a long way with file management thanks to iCloud Drive and the Files app, but it’s still woefully inadequate compared to the Finder on the Mac. From the limited view options to the crippled search and lack of a downloads folder or native file compression and extraction, the iPad shows its deficiencies whenever it needs to interact with a document, which is, you know, like all the time. A Finder would go a long way toward changing that.

It’s awesome that the iPad Pro has a standard USB-C port rather than the proprietary Lightning port the other models have, but it’s not nearly as useful as it is on a Mac. Some devices don’t work, others have frustrating limitations, and none of it is as easy as it is on a Mac or a PC. It would be nice if iOS 14 let us use the USB-C port on the iPad just like we did on the MacBook of old—for basically anything.

Speaking of annoying things that connect to your iPad’s USB-C port, the iPad’s external display support needs a boost. As it stands, you can mirror your iPad’s display to an external monitor (including the LG UltraFine 4K display with the iPad Pro’s USB-C port) and that’s it. So if you want to expand your iPad’s screen like pretty much everyone who uses a second monitor on their Mac, you’re out of luck. And who doesn’t want to turn their 12.9-inch iPad into a 50-inch one?

There are some apps we always want to work together, like Safari and Pages, or Facebook and Twitter. As it stands, we need to launch them separately in Split View every time we want to use them together, which can get tedious. We’d love a way to link two or even three apps so when we tapped an icon they automatically launched in Split View or Slide Over to save us the trouble.

Low-power mode on the iPhone is great when we need to salvage the remaining battery to make sure we make it to an outlet before the screen goes totally dark. For some reason, it doesn’t exist on the iPad and we’re not really sure why. You can mimic the effects of low-power mode by dimming the display and turning off Bluetooth, but a set-it-and-forget-it option would be nice.

Small popups for FaceTime and Siri

This one should be easy. When a FaceTime call comes in, it interrupts your work with a full-screen overlay that has to be acted on. It’s the same when you need to ask Siri a question. A small banner notification will do, like on the Mac.

If you’re like us, 90 percent of the work you do on the iPad is in landscape mode. But for those times when we’re using it in portrait mode, it’s frustrating that we are limited to a single app at a time. We’re not sure why Apple limits Split View to landscape mode but we’d like to see it lifted.

Stacks in the dock

The iPad’s dock has gotten more powerful and Mac-like over the past several updates, but it’s still missing one of our favorite features: Stacks. Sure, you can put folders in the dock, but Stacks are on a different level. On our Mac, they’re an excellent way to keep things tidy without needing to drag a bunch of things into folders.

It needn’t work the same way–we’re thinking “smart” Stacks for newly downloaded apps, recently played music or iCloud files–but it would be a great addition to the iPad dock.

When you need to get something done while watching a video on your iPad, Picture in Picture ensures that you don’t need to stop doing one thing just to do another. But why should we limit it to just video players? Just like Slide Over, developers could build smaller versions of their apps that can float in small windows for when we need them. Kinda like widgets but useful.

C’mon Apple, even your watch has a calculator. With a giant screen, Apple could turn its rudimentary calculator into a full-sized TI-83. But we’ll even take a tiny one in the Control Center.