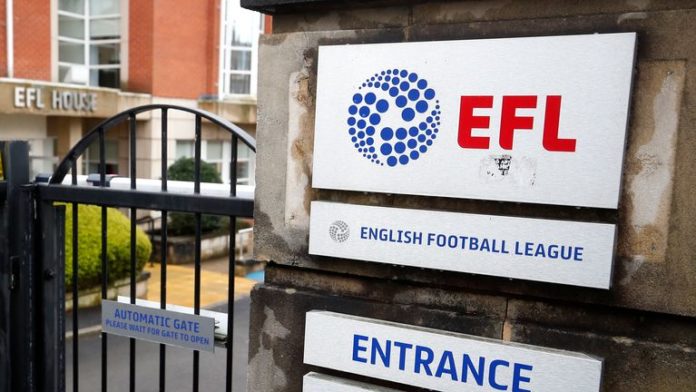 Stevenage chairman Phil Wallace says there is “absolutely no integrity whatsoever” in the EFL Board’s recommendation to finish the League Two season on a points-per-game basis.

League Two clubs voted to end the campaign earlier this month without clubs being relegated to the National League but the EFL, whose framework is still to be endorsed by the division, has described maintaining demotion as “integral to the integrity of the pyramid”.

Stevenage, who are three points behind Macclesfield at the bottom of League Two with a game in hand, face playing football in the National League next season.

Feedback from EFL clubs on the board’s framework for curtailment will be under review at this week’s board meeting on Wednesday.

“There is absolutely no integrity whatsoever in using a mathematical formula to expel a club from the EFL,” Wallace told Stevenage’s club website.

“There is no integrity in the EFL Board ignoring the overwhelming vote by League Two clubs that told them they didn’t want to see any expulsion from the EFL by a points per game formula.”

MP: Government bailout needed to save some L1 and L2 clubs

An urgent and substantial Government bailout is needed for clubs in the EFL Leagues One and Two, otherwise, up to 10 clubs could go into administration within weeks.

The board are expected to discuss how the framework could be written into EFL regulations, before a potential EGM is called for clubs to vote on any plans.

If it is passed, each division can then hold separate votes on whether to continue playing or to curtail the 2019-20 season based on the agreed framework.

Wallace suggests either playing the rest of the season or voiding it but removing the prospect of relegation, instead calling for more teams promoted from the National League.

He added: “There is a simple solution with integrity – bring more teams into the EFL from the National League to increase the product and deliver what should have happened long ago.

“Since the National League season wasn’t completed in the way it was intended, one option is to leave League Two as it is, with no relegation, and promote one club from the NL this season instead of two, to bring the EFL back to 72 teams, but with 3U3D (three promoted, three relegated) established and in place for next season.”