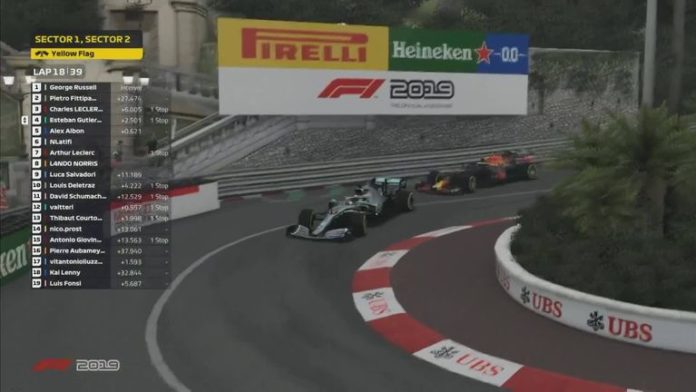 Charles Leclerc and Lando Norris showed that racing professionalism extends to the Esports world by apologising to rivals for collisions in the Virtual Monaco GP.

Leclerc collided with Mercedes’ Esteban Gutierrez in the closing laps, losing out on second place behind runaway victor George Russell, while Norris had earlier sent Charles’ brother Arthur into the barriers at Ste Devote.

Motorsport’s switch to virtual racing amid the coronavirus crisis has produced plenty of competitiveness and entertainment for drivers and fans – but also prompted debate about to what extent ethics of the real track extend to the online one.

But Leclerc and Norris felt compelled to hold their respective hands up for their driving errors on the sim.

“I can see hate comments on Esteban. Don’t hate on him,” said Leclerc after reading comments on his Twitch stream against Gutierrez.

“This is my fault guys. This is completely my fault. And I’m happy that he didn’t end up in the wall too.”

Norris goes in too hot in his fight for P3 💥

Norris, meanwhile, said he felt bad for the younger Leclerc after misjudging his braking when attempting to re-pass the Ferrari into Ste Devote.

Norris was angered by Simon Pagenaud earlier this month in an IndyCar iRacing event after last year’s Indy 500 victor slowed in front of him, causing a crash, while Formula E driver Daniel Abt was disqualified from their most-event event for using a simulator driver in his place.