Home Sport At home with… West Brom: Transfers, recovery, and the Chicago Bulls 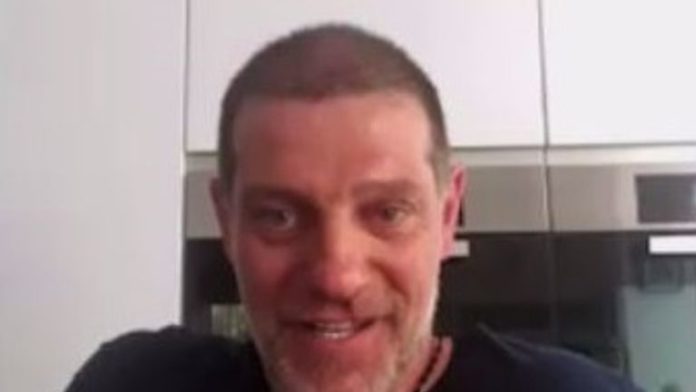 Scott Minto and Don Goodman spoke to Bilic about recovering from a Christmas dip, learning from the Chicago Bulls and much, much more.

Listen to the ‘At home with… West Brom’ podcast

On the process of taking charge at The Hawthorns…

“I was on a plane flying to Manchester and I thought about my future, so I made a list of clubs. I wrote the countries that I had a genuine chance of somebody calling me from and then from these countries, I wrote a list of the clubs I would like to work at, but I also wrote down the clubs I would have a genuine chance with. I didn’t put Man City on the list, of course! I got it down to maybe five clubs from England but the first one was West Brom.

At home with… Championship stars

Sky Sports joins some of the biggest names in the Championship at home… including Leeds, Nottingham Forest and Derby.

“This is a good, strong club that is competing to get back in the Premier League from the Championship and, more than anything, I thought that was a club that – without being big-headed – would be interested in approaching me. That was in April last year when they were fighting for promotion and I thought that if they didn’t go up, then I would like to take over. To be fair, I only knew West Brom from when I’d been at the stadium with West Ham. As soon as I started working at the training ground, I saw that the club is everything that I was missing from my playing days. It’s a family club, a traditional club, a club where the people care. At the moment, we are doing well so there’s no negative pressure but that doesn’t take away from the fact it’s a good club.”

On building a squad to challenge for promotion…

“The club wanted to change the squad a bit, to make it a bit younger and to try and get promotion in two years. With Ian Pearce, we have a really good scout and a really good scouting department and they gave me a list of players who I didn’t really know. On that list was a key player for the way we wanted to change the game – Romaine Sawyers. For us, he is like a metronome. He keeps the shape in the team and he is the guy that makes everybody around him better; if he plays good, we play good.

Sky Sports assess some of the future stars of English football currently playing in the EFL.

“I was really sad when Jay Rodriguez left because, between him and Dwight Gayle, we lost 45 of the 82 goals we scored last season, which is impossible to compensate. But that’s why we bought Charlie Austin, Kenneth Zohore and we already had Hal Robson-Kanu. We knew that Filip Krovinovic and Matheus Pereira are top players that can make a difference in this country but we didn’t know if they would gel straight away. With Semi Ajayi and Romaine, it was the same thing. That’s why we wanted to keep a couple of players who are essential, people like Jake Livermore, Kyle Bartley and Chris Brunt, who, although he hasn’t played a lot, is Mr Albion.”

On recovering from a Christmas dip…

“It was not a good run by our standards, but it was a very strange situation that we were still top of the table. So how can you criticise that? We were losing, Leeds were losing and Fulham were losing as well so, at that time, it was only Brentford who were consistently doing well, though they didn’t win all of their games. It wasn’t good and the mood went down but we didn’t want to go into the zone where the players would permanently lose their confidence because that’s a killer.

Championship awards of the season so far

Sky Sports pundits pick out their Players, Managers and Teams of the Season.

“It’s about the balance. When they made a mistake and we lost, we didn’t want them to think it didn’t matter but we also didn’t want them to start to hide on the pitch or the at the training ground. We were without a win in seven games and then the key game to get it back was at home to Luton. Beforehand, we tried to be active in the transfer market because one of the reasons the form started to dip was because we lost a few players who were very important for us: Grady Diangana was injured and Matheus Pereira got suspended for four games. You could feel everybody was nervous and it was very important to win that game any way.”

On learning from the Netflix docu-series ‘The Last Dance’…

“It’s very difficult to plan for the next three years in any walk of life, but especially football. With a manager’s job, you have a certain amount of time. You can plan for half of a season and that’s not bad. I know that I have the next four or five games that I have to do well in, but if I tell the players that, they have even fewer games to prove themselves to me.

“I had the privilege to see the Chicago Bulls on Netflix, ‘The Last Dance’, and everything is there. What Phil Jackson said in the last episode was that you are successful only if your actions yesterday were successful. If it isn’t today, then you are not successful. That’s what we have to implement in the players: every day we have to work hard, every day we have to make sacrifices. That’s not job done, but it puts you on a good platform so that you can go places.”