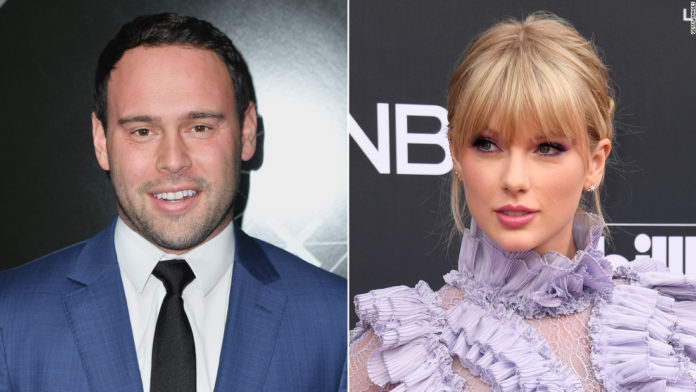 The Swifties, as her die-hard fan base is known, certainly think so.
On Sunday the singer tweeted a cover of her hit “Look What You Made Me Do,” which was reinterpreted as a dark and haunting tune for the “Killing Eve” soundtrack.
“VERY STOKED about this cover of lwymmd on @KillingEve by Jack leopards & the dolphin club!!,” Swift’s tweet read.
But no one has ever heard of “Jack Leopards & the Dolphin Club,” and the cover appears to be the only song credited to them.
Nils Sjoberg is listed in the track’s producer credits, the pseudonym Swift used back in 2016 for her now ex-boyfriend Calvin Harris’ song featuring Rihanna, “This Is What You Came For.
Braun, if you recall, acquired the master recordings of Swift’s first six albums last year from her former label, Big Machine Records, despite her objections.
Swift has expressed her displeasure publicly a few times since then and has said she plans to rerecord some of her music.
CNN has reached out to reps for both Swift and Braun for comment.
So, is that Swift’s voice on the “Killing Eve” cover, altered to sound like a man? (She did disguise herself as one in her music video “The Man”)?
One theory is that it’s Swift’s brother, Austin, since she reportedly pitched having him sing on the soundtrack to the show’s executive producer Phoebe Waller-Bridge when she and Waller-Bridge met up at the Golden Globe Awards in January.
Fingers crossed that Swift let’s us know the deal. Your move, Taylor.