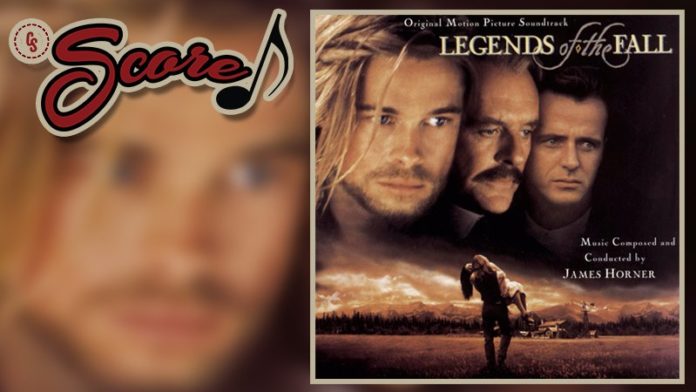 Hey, fellow film score lovers! I’ve had the pleasure of working from home during this weird time, which has given me plenty of opportunity to crank up the old soundtrack list. I listened to a lot of Danny Elfman and James Horner early on but have since started cranking the likes of Hans Zimmer and Tom Holkenberg as my life at home slowly evolves into madness. True story.

Staying home also afforded me the chance to rediscover some old classics like The Hudsucker Proxy by Carter Burwell, and Jeff Rona’s White Squall. The latter remains one of my favorite scores to pop in whenever I need to clear my brain. Seriously, check it out.

All this to say, there are positives to take away from this period. I’m a sports guy, but not having the NBA dominating my brain has given me a lot more time to take a breath and appreciate what I do have. Corny, sure. But film scores can do that to a fella. (As a side, if you have any favorites you’re listening to right now, share them in the comments below! (I’m always down for recommendations.)

Anyways, this month saw the release of a fairly high-profile releases by one of my faves, James Horner. We also got some cool news involving Tom Holkenborg’s score for Zack Snyder’s upcoming cut of Justice League, set to debut next year on HBO Max. Let’s do this thing!

Legends of the Fall — James Horner

The 90s were very kind to James Horner. After making a name for himself with Glory, Star Trek II: The Wrath of Khan, Willow, and Field of Dreams, among others, Horner practically exploded over the next decade, unleashing a flurry of astonishing music that (in my humble opinion) has yet to be matched by any other composer.

Legends of the Fall arrived in 1994, right smack dab in the middle of this spectacular run; and while the score has certainly earned its share of acclaim, it remains just a tad outside its deserved recognition mainly due to Horner’s phenomenal success the following year in which he scored Casper, Apollo 13, Balto, Braveheart, Jade and Jumanji. You don’t hear many people talk up Legends the way they do Apollo 13, Titanic, or Braveheart.

Part of that may also be due to Legends of the Fall’s overall simplistic design. Where the aforementioned Apollo 13, Braveheart and Titanic featured an assortment of unique vocals and instruments, Legends goes the more traditional route with lavish, sweeping themes accompanied by a few brief snippets of fiddle, shakuhachi and vocal work. Said vocals evoke those heard in Patriot Games and Thunderheart (both released in 1992), while Horner’s exhaustive reuse of the shakuhachi in so many other scores renders it a bit redundant here. I’m not saying it doesn’t work, but simply making a case as to why Legends remains less popular than other Horner scores from the same time period.

Minor nitpicks aside, Legends remains one of the composer’s finest works thanks to its majestic scope and remarkable design. Horner fully captures the grandeur of Montana’s sweeping landscape, the horrors of war, and the tragedy that ultimately befalls the Ludlow family in stunning fashion.

Intrada’s fabulous new Special Collection 2-CD set provides the score in its entirety as far as I can tell. At first, I was dismayed after the opening track, “Legends of the Fall,” stopped short of the version heard in the film in which a young Tristan fights off a bear. As a film score snob, I want all the music. Not to worry, the track in its entirety as heard in the film is presented on Disc 2. Phew.

New music can be found on the second track, “Susannah’s Arrival/The Train Station,” which also presents the film’s secondary (and sad) theme for the first time. “Susannah,” “The Ludlows,” and “Off to War,” offer up more renditions of the main themes; and it should be noted that these early tracks do grow a tad repetitive. (Of note, “The Ludlows” is presented as heard on the original soundtrack. The opening piano music, titled, “Twilight and Mist,” can be heard in its entirety on the second CD.) Thankfully, “To the Boys” and “Samuel’s Death” deliver riveting action music to jolt you awake as we shift into the film’s much darker second act.

“Coming Home/Tristan and Susannah” is a new track I was excited to hear as it contains what can best be described as “Sad Horner Music” as Tristan mourns over Samuel’s grave; and eventually gives in to his desires for Susannah. Great music.

“Alfred Moves to Helena” is another cue that works remarkably well in the film. I always felt bad for poor Alfred. The guy deserved better; and Horner understates the character’s desire for affection with simpler versions of the main theme that clash with the extravagant orchestrations heard during Tristan and Susannah’s courtship.

“The Calf and the Bear” is a new addition that moves us into even darker territory as Tristan begins wrestling with the grief and guilt he feels over his brother’s death. Said track also propels us into one of my favorite cues on the album, “Farewell/Descent into Madness.” A burst of haunting, mournful shakuhachi opens the track, followed by soft piano and quiet strings as Susannah says goodbye once more. More extravagant bursts of shakuhachi follows as Tristan goes nuts on a boat.

Moving on to the album’s best track, “The Changing Seasons/Wild Horses/Tristan’s Return.” After a brief intro filled with rising strings accompanied by synthesizers, the orchestra explodes as Tristan make his triumphant return. The cue then quiets down once more as Horner uses a simple flute, soft strings and quiet piano to underscore the emotional scene in which Tristan first sees his father post-stroke.

“Goodbyes,” “Tristan’s Quiet Heart,” “The Wedding,” and “Recollections of Samuel” offer a nice reprieve from the darker elements of the score. Which is probably a good thing as we go heavy melodrama from this point on, beginning with “Isabel’s Murder,” which features the return of the mournful shakuhachi as Tristan experiences more suffering. “Tristan Goes to Jail/Last Visit,” another new track, continues this trend with a darker rendition of Susannah’s theme accompanied by a brief bit of hopefulness that devolves into darker, somber piano/synth to remind us that shit’s about to go down.

And here we go. In “Revenge,” Horner mixes things up by throwing in heavy synthesizer, clanging anvils, snare drums, and eerie vocals (reminiscent of “Assault on Ryan’s House” in Patriot Games) that gradually build to a delightfully unnerving bit of music he would later recycle for Braveheart’s similarly titled “Revenge” track. “A Moment Alone” briefly breaks the tension with a somber presentation of the main theme played on fiddle and accompanied by soft piano before the final track, “Alfred, Tristan, The Colonel, The Legend …,” thrusts us right back into gloom with more “Revenge” vocals that eventually give way to a triumphant presentation of the main theme as the Ludlows come to terms with one another. The score ends as it began, albeit with a heavier heart.

The album closes with assorted performances of various tracks, some as presented in the film.

All told, Legends of the Fall does get a tad tedious, especially towards the middle, but nevertheless remains an epic, rousing musical score; and an outstanding achievement by the late James Horner.

She-Ra and the Princesses of Power Soundtrack

Back Lot Music has released the first soundtrack album for the Netflix animated series She-Ra and the Princesses of Power, featuring music composed by Sunna Wehrmeijer. I’m not sure this is something I need, even as a fan of the show, but die hard She-Ra fans (She-Rans?) should enjoy the release if only to hear AJ Michalka’s version of the main theme song. You can purchase the soundtrack at Amazon by clicking here!

Republic Records announced the release of The High Note Original Motion Picture Soundtrack on May 29. The soundtrack will be produced by Grammy award winning artist Rodney “Darkchild” Jerkins, and feature original music performed by the cast; and songs by Maxine Brown, Donny Hathaway, Aretha Franklin, and Anthony Ramos.

After years of waiting, fans of Zack Snyder’s DC Universe will finally get a chance to see his vision of Justice League. Which means film score enthusiasts will get another dose of Tom Holkenborg’s bombastic hero themes for Batman, Superman and Wonder Woman — to say nothing of The Flash and the villainous Darkseid.

At least, that’s what I’m assuming. Holkenborg, aka Junkie XL, has already stated that his score to Justice League is complete and ready to be mixed in with the final film. . There’s really no reason for Snyder to move on from the composer who helped kick off the DCEU by providing additional music for Hans Zimmer’s Man of Steel score, and co-writing Batman v Superman: Dawn of Justice. Hopefully, the man comes back because I need more of whatever the hell he and Zimmer conjured up.