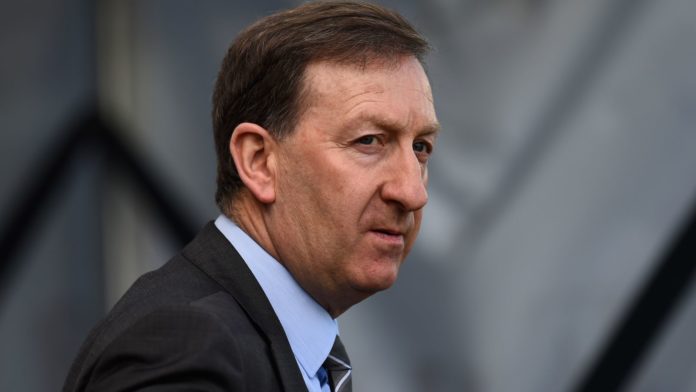 Huw Jenkins says an exclusivity period he had been given to complete a deal for Charlton Athletic has expired, and his bid to buy the club now hangs “in the balance”.

Jenkins knows of three or four other interested parties who are in discussions with owner Tahnoon Nimer to buy the Championship club.

One of them is former Watford owner Laurence Bassini, who sent his proof of funds to the club on Saturday night having decided to proceed with his own takeover bid.

Jenkins was chairman of Swansea for 17 years, during which time he led the club from the fourth tier of English football all the way up to the Premier League.

Five weeks of discussions with Charlton were concluded in the middle of last week when a provisional deal was struck to buy the club for £1m.

However, a 48-hour period for him to complete the deal has expired, opening the door to other interested parties.

“It puts it very much in the balance and I’m led to believe there are a few very keen interested parties to do a deal,” Jenkins exclusively told Sky Sports News.

“It’s not down to me fully, it’s down to the current owners and their need to quickly do a deal.

“Personally, I need more time to be clear and just move forward cautiously to make sure things are right for myself. The other side I’m not in control of, the need of the current owners and the timescale they need to operate in.”

Sky Sports News has been told that Charlton need to pay wages and other bills totalling more than £400k this week.

Nimer has been trying to sell Charlton since a public fall-out with former chairman Matt Southall, who was removed from the club’s board in March.

Jenkins has confirmed that his provisional deal does include the standing agreement for the club to buy the stadium and training ground from former owner Roland Duchatelet within the next five years.

“Any kind of legal situation whether it’s fought out in private or in the press is not good,” he said.

“Charlton do have a number of things attached to the club with the current owners, past directors, and past owner, and all of those things still have a link to the club and cause a lot of uncertainty.

“I was fully aware that there were big challenges ahead to try to correct all of that and bring it back under one leadership.

“For Charlton at the minute, with those three or four different things that could potentially impact on the field it can be a big hindrance, and the quicker all those things are resolved, as I said, under one leadership then that will be a good thing for the future.”

Not only is there uncertainty about the future of football, but also which division Charlton will be playing in next season.

In the Championship relegation zone, they would potentially be relegated if the season is not finished after the EFL ruled that relegation will not be scrapped in the event its members vote to curtail the current campaign.

Even so, Jenkins is keen to take on a new challenge and remains interested in Charlton if the current owners give him the time to make sure the deal is right and there is a clear pathway for the season to resume.

“They know where I stand,” he said. “I can only do things I feel is right for myself, I am not going to jump in with both feet and hope for the best.

“It needs to be thought out properly with a plan in place and some written assurances where the EFL is going over the next weeks and months. Until those things are clear it’s very difficult to predict the future.”