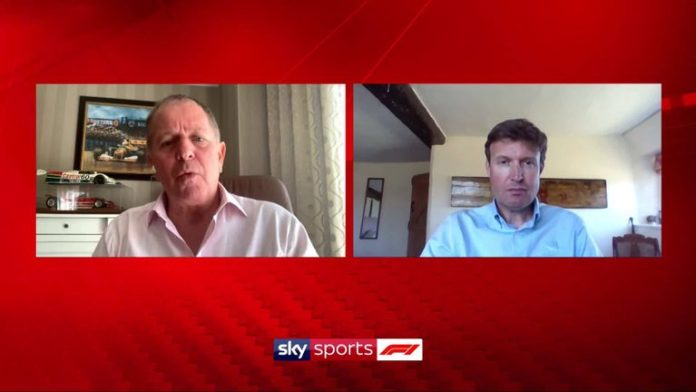 Silverstone chief Stuart Pringle believes Formula 1 will need to know soon whether the sport will be able to operate outside the UK travel quarantine, even if the British GP is moved to August.

Talks are ongoing between the sport and government, with it understood that potential solutions for elite sports continue to be explored.

Pringle believes there is “clear desire at a national level to see sport return” and says he is “encouraged” that there has been progress for the resumption of sport in general in recent days, after the government detailed plans for how elite sportsmen and women can make a phased return to close-contact and competitive training.

“All of these things are relevant for Formula 1 because we have to start going through some degree of change that we need to work towards what a solution for Formula 1 will look like,” said Pringle, Silverstone’s managing director, on The F1 Show.

Silverstone has agreed terms with F1 to stage two races, with the dates initially pencilled in for July 26 and August 2. But Pringle believes finding a date for the events if required would not be the issue if F1 do not receive the green light from government in time.

“I’ve got flexibility in the calendar and of course we’ve got our original dates we’ve been holding and talking around in mid-late July. But we’ve got a degree of flexibility through August as well,” he said.

“So I don’t think that finding a date for Formula 1 is going to be a problem, or indeed two dates. What we need is the green light from government and that will take time.”

Stating that F1 is an “awful lot more than a 90-minute race”, with more than 40,000 jobs linked to the UK motorsport industry, Pringle said: “Formula 1, as a championship, needs that exemption and needs to understand where it is, because they’ve got to plan.

“It’s a huge logistical operation. They’ve got to knit together a series of dates and get a freight plan that works and know that the impact on the personnel is. That requires some clarity.

“There is cause for optimism that if we were to go further to the right in the calendar then it might make things easier, but they need to know sooner or later that seven tenths of the teams can come back and forth to their base between races or a couple of races.

“For Silverstone, if we move into August that might give a little more certainty but, actually, I think it’s probably essential that there’s clarity on the quarantine situation in advance of that.”

Pringle added that he believed F1 team’s effort to help produce ventilator parts to aid the NHS amid the coronavirus pandemic has been “logged and is recognised” by government.