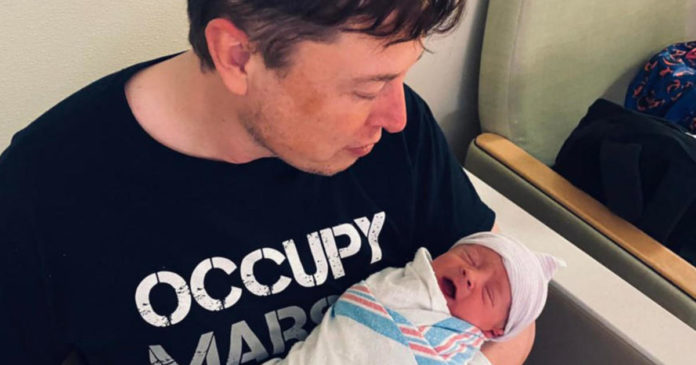 A few weeks after Elon Musk and Grimes revealed their baby’s confusing name, the couple has apparently altered the unique moniker. In an Instagram comment, a fan asked Grimes if the couple changed the name of their newborn son due to California laws that require only alphabetical letters. The singer replied, confirming they did make a tweak to X Æ A-12.

“Did you change the baby name because of Californian laws ? What is the baby’s new name?” the fan wrote on Grime’s latest Instagram photo.

“X Æ A-Xii,” she replied, revealing the slight alteration to the end of the baby’s name, changing the “12” to Roman numerals.

In reply to another commenter, Grimes simply wrote that Roman numerals look better.

It is still unclear how to pronounce the name — or if it is even legal.

The California Department of Public Health Vital Records Handbook explains the requirements for completing a birth certificate: “The form is to be completed using the 26 alphabetical characters of the English language,” the handbook says. Some punctuation symbols are allowed when necessary, like in a hyphenated last name or one with an apostrophe.

However, using numbers is not allowed under those rules, and using pictures, like an emoji or ideogram, in a name is expressly forbidden.

It appears that only some parts of the original name were valid — the X, the A, and the hyphen. The 12 would not be allowed under state rules, and the two-letter combination Æ is also not a standard character in the English alphabet.

So, while Grimes changed the 12 to XII — which could be considered letters — the Æ is a symbol and might still be invalid. It is unclear how this name is written on the baby’s birth certificate and if it is legally accepted.

Grimes, whose real name is Claire Elise Boucher, had previously tweeted an explanation of the name that still left some people scratching their heads. “X, the unknown variable,” she wrote. “Æ, my elven spelling of Ai (love &/or Artificial intelligence).”

“A-12 = precursor to SR-17 (our favorite aircraft). No weapons, no defenses, just speed. Great in battle, but non-violent + (A=Archangel, my favorite song) ( metal rat),” her tweet continued.

“Thanks this didn’t help at all,” one person replied to Grimes’ explanation on Twitter.