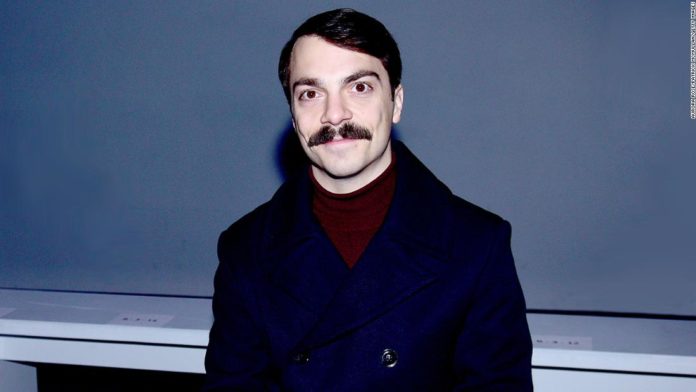 The series, titled “Kirby Jenner,” premieres Sunday on Quibi. The show centers around a 24-year-old performance artist who has risen to fame over the past five years with his parody Instagram account, where he pretends to be the fraternal twin brother of Kendall Jenner.
The eight-episode series is executive produced by Kendall and Kris Jenner. The two make cameos in some episodes, along with Khloe Kardashian, Kourtney Kardashian and Kim Kardashian West.
The show will also feature guest appearances from actors Ray Romano, Ted Danson and Beverly D’Angelo.
“Kirby Jenner” first began adding himself into photos with Kendall Jenner and her family in 2015 and they took notice. He now calls Kris Jenner his “mom.”
CNN caught up with “Kirby” ahead of the show’s launch. He declined to give his real name and wouldn’t break character over the course of our conversation.
Kirby, why did you decide to take part in this series?
“It actually wasn’t my decision at all. It was actually my mom’s idea (to do the show),” he said of Kendall Jenner’s actual mom, Kris Jenner. “(Kris)mentioned something about a guy named Quibi and how he wanted to do a reality show with me and I was like, ‘Whoa, there’s a guy named Quibi?’ I was so intrigued and she was like, ‘No, the network is called Quibi the guy’s name is Jeffrey Katzenberg. I Googled Jeffrey Katzenberg and I was floored to learn that’s the guy that made ‘Shrek!'”
What is it like working with Kris Jenner?
“It’s fantastic, she’s such a good mom. I feel really blessed to have someone like her in my life. Not only is she mom … when it comes to reality television she’s one of the best executive producers in the world. She executive produces my entire life. She is the executive producer of my home, where I live with her, she executive produces most of my meals and a lot of my travel. I mean, she’s the best.”
Tell us about why you live in the attic of your “mom’s” house?
“I actually love it up there. I was in a bedroom, but she (Kris Jenner) turned it into a lotion closet. Which was fine, because the attic, it gives me a little bit more privacy. I’m 24 years old, so I like to have a little bit of my own space. It smells a little bit like water up there, but it’s chill.”
Why should people tune into your show on Quibi?
“My show has a little bit of everything. It’s got fashion and modeling. It’s got pyrotechnics, my sisters are in it. I got into a battle with a bird and a business clown and I do some singing. I’m really excited to show the world what I do behind closed doors.”
Tell us about the celebrities you have making guest appearances on your show, including Ted Danson, how did that come about?
“Ted, I’ve been trying to hang out with for so many years. We met once, we played phone tag and we talked about hanging out and it never happened. Finally, I convinced him to sign up for a Japanese class with me because I knew he was trying to learn Japanese. I wasn’t but I just wanted to hang out with Ted.”
Do you ever fight with your “sisters”?
“I’ll argue with some of the family members from time to time. Kimberly (Kardashian West) can get pretty scrappy, but the fights that Kendall (Jenner) and I will have will be really small and petty. Like, we used to fight over what to watch on TV. You know, Kendall always wanted to watch ‘Cops’ and criminal justice shows, and I was more into like ‘SpongeBob’ and ‘Rocket Power’ and cartoons.”
How are you doing during quarantine with Kris?
“I’m actually not at my mom’s house I’m at Kylie’s (Jenner) house. I’m like, in her mother-in-law unit or like carriage house. I don’t even think she knows I’m here to be honest.”
Clarification: A previous version of this story stated that the premiere was on Monday.

This interview has been edited and condensed for clarity.

Cardi B defends Kylie Jenner’s ‘WAP’ cameo, but there’s history behind the anger