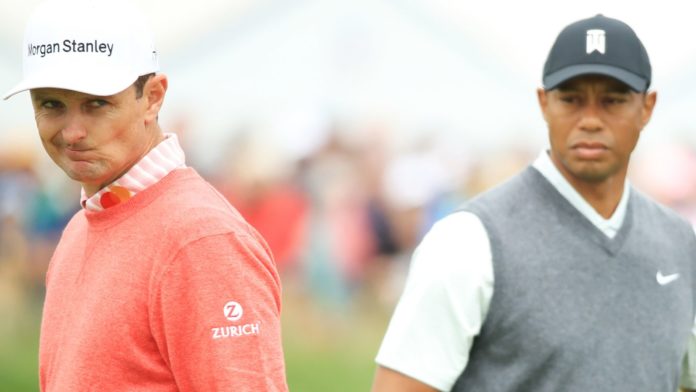 Vote in the #SkyChooseday poll

The Memorial Tournament has a star-studded roll of honour and produced some incredible finishes, but which final round would you like to see again on Sky Sports?

The tournament is this week’s topic in the #SkyChooseday poll, where Sky Sports viewers take control of the schedule to decide the tournament they want to see all over again.

We have gone through the archives to pick out two memorable final rounds in their entirety, but it’s down to you whether it will be the 2010 or 2012 contest that’s shown next Tuesday evening.

Tiger Woods holds more victories at Muirfield Village than any other player, with his two-shot success in 2012 being his fifth win at the event and seeing him equal Jack Nicklaus’ record of 73 PGA Tour titles.

The only British winner of the Nicklaus-hosted event remains to be Justin Rose, who secured his breakthrough PGA Tour title with a three-shot win over Rickie Fowler in the 2010 contest.

The winning tournament will then be shown the following Tuesday, marking the week that the event was originally scheduled on the PGA Tour schedule before the Covid-19 pandemic.

Which Memorial Tournament victory would you like to see again, in full, on Tuesday, June 2? Cast your vote from the options below!