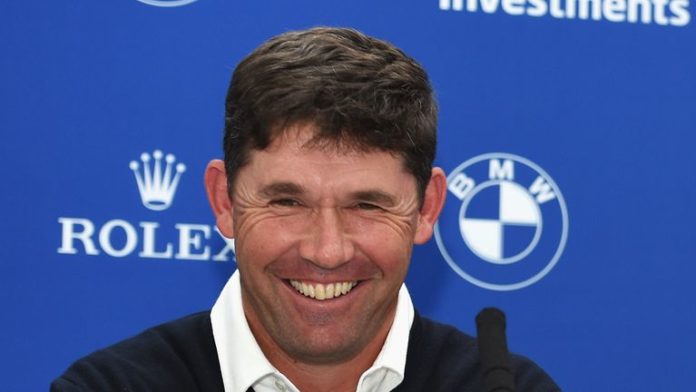 “If we were to play a Ryder Cup without any fans, then being in America it would be more favourable to the Europeans than the US team”

Luke Donald believes a fan-free Ryder Cup could suit the European side more than their American counterparts.

The former world No 1 has been appointed by Padraig Harrington as a vice-captain for the biennial contest, which is due to be held at Whistling Straits in Wisconsin from September 25-27.

The PGA Tour will resume on June 11 behind closed doors and doubts still remain whether the Ryder Cup could be played without crowds this autumn, something that Donald believes could give Europe an advantage.

When asked whether a Ryder Cup without spectators could benefit Team Europe, Donald told the Sky Sports Golf podcast: “It certainly could. Obviously for anyone who watched the exhibition match last weekend and saw some live golf, there were only four players and there wasn’t much energy there.

“I think players feed off the energy, especially the home team. They feed off that positive vibe and the crowd can play a big part, that’s why it’s always an advantage to be at home.

“If we were to play a Ryder Cup without any fans, then being in America it would be more favourable to the Europeans than the US team.”

Donald has featured on the winning side in all four Ryder Cup appearances as a player, as well as when he was a vice-captain during the 2018 contest at Le Golf National, with the Englishman hoping his credentials will one day allow him to captain Team Europe.

“It [captain] is something that I’d love to do,” Donald said. “I’ve had so many experiences playing in Ryder Cup and even in Paris two years ago, as a vice-captain, it was an amazing experience to be a part of it.

“I’d love to be a captain one day. Hopefully my record and my attendance in Ryder Cups would give me a chance, but there’s a lot of capable people in line to be a Ryder Cup captain.

“We’ll have to see whether I’ll be given that opportunity but if I am, then I’ll gladly take it.”

The full Luke Donald podcast is now available on iTunes, Spotify, Spreakr and the Sky Sports website, with the vodcast edition on Sky Sports On Demand!