Home World How well do you know the world? Take our quiz 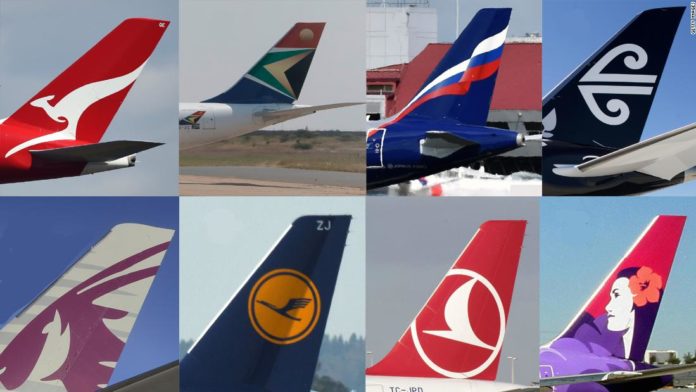 (CNN) — We all know that travel broadens the mind. Thanks to that place on the seafront that sells delicious gelato, it has a tendency to broaden other body parts too.

We can’t deliver you two scoops of pistachio, but we can keep flexing those brain cells while your next trip across the world is on hold.

CNN Travel’s experts have been compiling some tricky questions to test your knowledge of the planet and to kindle your curiosity for more.

Think you can outsmart us? Try answering the following without resorting to Google. By all means hop on a video call to get family and friends in on the challenge.

There’s a link out to the answers at the end. We trust you not to do any peeking!

1. Which of these cities has not hosted the Summer Olympics?

2. Can you identify the city from its skyline?

3. The London Underground, or Tube, is the world’s oldest metro rail system. Which city has the second oldest electrified system?

4. Some nations have more than one capital city. Can you identify these countries by their perhaps lesser known capitals?

5. In which city is the world’s tallest building?

6. Can you name the city from these landmark places of worship?

7. Which city has the world’s oldest Chinatown?

8. Can you identify the city from the name of its airport?

10. Which three destinations are widely recognized as the world’s only three sovereign city states?

2. Before the Covid-19 pandemic, what was the world’s busiest airport in terms of passengers?

3. Identify the airlines by their tailfin logos

4. What type of airplane is the US President’s Air Force One?

5. Which two countries were connected by the Kangaroo Route?

6. Which direction — north, east, south or west — would you travel between these airports identified only by their codes? (Five bonus points if you can identify all the cities)

7. Match the massive airplane to its nickname

8. Which airline had the most aircraft at the beginning of 2020?

9. Why is three the magic number for the following aircraft?

10. What aviation first did Amelia Earhart achieve in 1928?

1. Where in the world can you find these pyramids?

2. What is the world’s largest island?

3. Which country is home to Europe’s largest natural desert?

4. Match the image to the US national park?

5. Can you name the oceans that make up the so-called seven seas?

7. Match these desert oddities to the locations below

8. Which is the only one of the world’s 10 longest rivers to flow northward?

9. Where can you no longer see the Azure Window?

10. Which place receives the most annual rainfall?

1. Which two Asian destinations separated by the sea were linked by 55 kilometers of bridge and tunnel in 2018?

2. Match the image to the New York bridge

3. Which towering French engineer designed the Bolivar Bridge in Peru, the Truong Tien Bridge in Vietnam and the Imbaba Bridge in Egypt?

4. Which country is home to the world’s longest bridge?

5. Match the image to the London bridge

6. What would happen if you tried to cross France’s Rhône River on the Pont d’Avignon?

7. Can you identify the following famous bridges?

8. Which two continents are connected by the Yavuz Sultan Selim Bridge?

9. What caused part of the Pont Des Arts bridge in Paris to collapse in 2015?

10. Which country is home to this handy structure?

1. Which city has the most Michelin stars?

2. Mirazur was named top of the World’s 50 Best Restaurants list in 2019. In which country is it?

3. Can you identify the country from the classic dessert?

4. What are the bubbles commonly made of in bubble tea?

5. The world’s “happiest country” also consumes the most coffee per capita. Name the country?

6. Which antipodean dessert is named for a ballerina?

7. Can you match these four British dishes to their names (without laughing)?

8. Kartoffelknoedel, xiaolongbao, manti and pierogi are all types of what?

9. What color or colors is Neapolitan ice-cream?

10. Chef Mary Mallon worked in kitchens in New York and Long Island in the early 20th century. By what unhygienic name is she better known?

1. What do Colombia, Sao Tome & Principe, Gabon, Uganda, Maldives and Kiribati all have in common?

2. Which three Asian countries topped the list in April 2020 for the most powerful passports for visa-free travel, according to the Henley Passport Index?

3. Which country has the most official languages?

6. Which country changed its name to eSwatini in 2018?

7. Identify these countries from their outlines

8. Which is the world’s newest country?

9. These frontiers divide areas claimed by which pairs of countries?

a. The Line of Control; b. The Demilitarized Zone; c. The 49th Parallel

10. Which country is surrounded to the north, east and south by Senegal?

2. Which four destinations have Steve Coogan and Rob Brydon visited in four series of “The Trip?”

3. Who led this ill-fated Antarctic expedition?

4. Whose fictional crusade took him from Utah to Portugal, Venice, Austria, Berlin and then Petra?

5. What record did US journalist Nellie Bly break in 1890?

6. Where did Anthony Bourdain have lunch with former US President Barack Obama?

7. Norwegian Thor Heyerdahl conquered what personal fear to cross the Pacific Ocean on his Kon-Tiki balsa wood raft in 1947?

10. Here she is in India in 1983, but which country has Queen Elizabeth II visited more times than any other?

1. Actor Stanley Tucci has proved his awesomeness by showing the Internet how to make the perfect Negroni. His recipe calls for double the usual quantity of which liquor?

2. In “The Devil Wears Prada,” Tucci’s character Nigel is overlooked for the job of Runway magazine’s creative director. Which city is he in when he finds out?

3. Tucci has been involved in making a new travel series with CNN looking at the food of which country?

4. In the 2004 movie “The Terminal,” Tucci plays Frank Dixon, the customs chief trying to prevent Tom Hanks’ character from living in his airport. Which airport is the movie set in?

5. Does Tucci prefer his Negroni straight up or on the rocks?

That’s it. You made it to the end. Now fix yourself a drink and click the link below to see the answers and find out how you did.