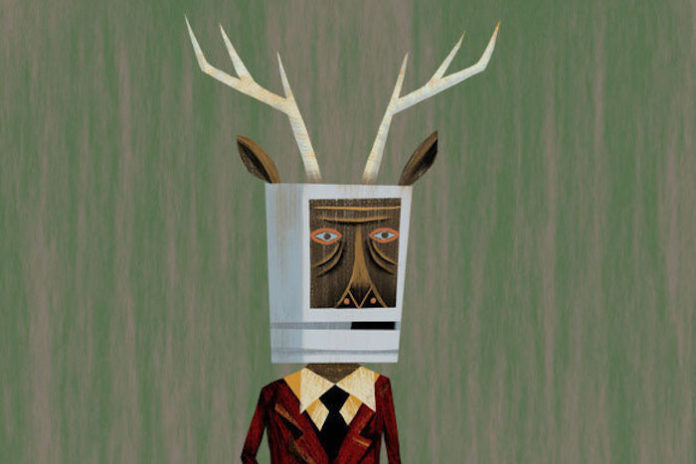 The rumors are in and, if they are to be believed, Apple is looking for more delightfully impish ways to cheat you out of your hard-earned money.

Well, not you, Larry. All your money you got from being the heir to the funicular railway fortune. Curse you for idly profiting from our journeys up and down, as delightful as they may be.

According to Ming-Chi Kuo, “Apple may not include the wired EarPods headphones in the box of the iPhone 12.” This just confirms The Macalope’s theory that years ago a wire killed Apple’s brother.

If Apple does not provide Lightning headphones with upcoming iPhones, it won’t affect The Macalope at all because he’s got a pair from his iPhone SE he’s never going to use because he already has AirPods. Lightning headphones were first introduced with the iPhone 7 and it seems unlikely that most people buying an iPhone this fall don’t already have headphones that will be compatible in some way, either through Bluetooth or Lightning, with Apple’s new phones. Still, if you’re using wired headphones, part of the joy of getting a new phone is getting new headphones and not having to use the twisted janky pair you’ve slammed in your car door umpteen times. For that group, this would indeed stink, assuming Apple’s not replacing this with a credit toward another pair.

Sneaky, Tricksy and False are the three horsemen of the Apple apocalypse.

Spence details Apple’s history of cost-cutting what comes in the iPhone box. He points out that Apple removed the headphone jack, removed the plastic box the EarPods came in, changed the SIM ejector tool that ships with the second generation iPhone SE from a nicely flattened piece of aluminum to a bent wire and only gives you a 5W charger with its cheaper phones.

This is all true. And other than a snarky comment at the end about Apple still caring enough to include stickers in the box despite all the cost-cutting — which is also true — Spence lays it all out with accuracy and detail without waving his arms around about it like an air dancer at a used car lot, which often seems like the Forbes contributor network house style.

Spence does not point out, however, that there are other reasons for these changes than cost-cutting. Removing the headphone jack made it easier to make the iPhone more waterproof, removing the plastic EarPod box made the package more biodegradable, making the SIM ejector tool less nice is something five people care about, and none of them would be caught dead carrying an iPhone SE. We can argue about the headphone jack all millennium and probably will, but removing the plastic EarPod box, while cutting costs, is also a legitimate social benefit. It is hilarious how Apple can get criticized for how wasteful AirPods are and also get criticized for switching plastic packaging to cardboard.

Apple does (finally) include an 18W charger with the more expensive iPhone 11 Pro and, while it would be nice if it included it with all its phones, it’s not completely unreasonable that the low-cost iPhone SE comes with a less powerful charger.

There’s one more thing Spence leaves out of this analysis.

“The cheapest iPhone has a more powerful processor than the most expensive Android phone.”

This extremely reasonably-priced phone will last you for years.

Apple nickel and dimes you other ways beyond what comes in the box, such as only including a paltry 5GB of free storage in iCloud. So, if you’re complaining about Apple cutting costs on the little things, you’re not wrong. But you might be forgetting where it spends more on the big things.