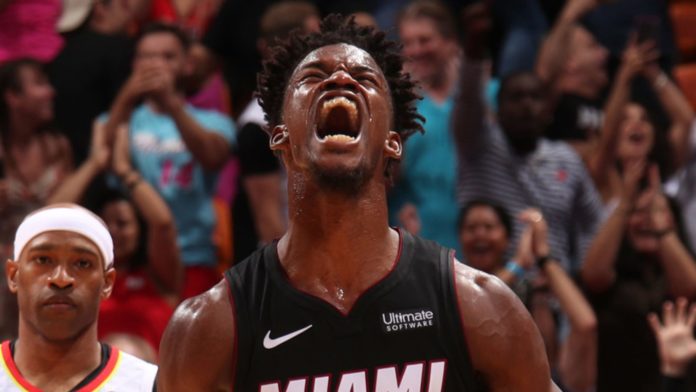 A resumption of the 2019-20 NBA season remains uncertain but there are plenty of topics for Ovie, Mo and Jaydee to explore.

The guys take one final look at the 1990s Chicago Bulls dynasty and consider what could have happened if the team had not been broken up before the start of the 1998-99 season? Could Chicago had won a seventh title?

With The Last Dance over, Ovie and Mo discuss which NBA team should make the most interesting subject for the next 10-part NBA deep dive. On a Sky Sports NBA Twitter poll, the inside story of Kobe Bryant and Shaquille O’Neal’s all-conquering Los Angeles Lakers teams won the vote. However, Mo and Ovie both suggest alternatives.

In this episode’s Off The Court segment, we take a look at the positive effects Jimmy Butler has had since he signed with Miami in the summer of 2019. The Heat have wrapped up an Eastern Conference playoff place and the hard-working Butler has thrived within their culture. He has also led a team of talented young stars, including Bam Adebayo, Tyler Herro and Kendrick Nunn, to a new level quicker than anyone expected.

Ovie and Mo look at the Heat’s success and consider their prospects for the future. Are there moves they can make to vault even closer to championship contention this summer?

Don’t forget, you can engage with the show, ask Ovie and Mo questions and have your say on every topic discussed – and remember to use #SkySportsHeatcheck on Twitter!