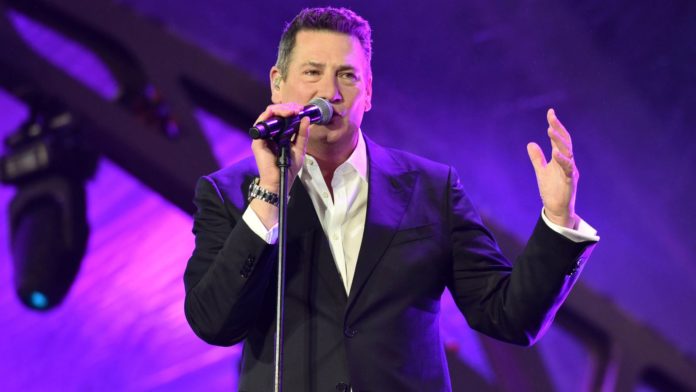 A man from Singapore has thanked singer Tony Hadley for helping him to finally win a radio competition cash prize – after it was initially withheld over claims he mispronounced the star’s name.

Muhammad Shalehan was playing Celebrity Name Drop, which carried a 10,000 Singaporean dollar prize (£5,757), and had to identify a number of stars from short clips of their voices when he called in on 21 April.

He was confident – but was told he had not won.

When another listener later went on to claim the prize with the same answers, he was told he had been unsuccessful because quiz masters had deemed his pronunciation of Hadley’s name to be incorrect.

Contesting the issue, he called in the big guns, writing to the singer’s manager as a last resort.

To his surprise, Hadley responded, stepping in with a video to tell the station that no, Mr Shalehan had not got it wrong.

“As far as I’m concerned you pronounced my name correctly,” Spandau Ballet singer Hadley said in his clip, describing the result as a “misnomer”.

Sharing the injustice on social media, the story quickly made headlines.

Now, the radio station, Mediacorp’s Gold 905, has apologised and awarded the prize.

In a new video message, Hadley thanked the station, saying Mr Shalehan was “over the moon” to be vindicated.

The singer is due to perform in Singapore in October, in a gig rescheduled due to the coronavirus pandemic, and has invited Mr Shalehan to attend.

In a Facebook post about his “victory”, the winner said he was “speechless” and that it was “the best news of my life”.

Posting Mr Hadley’s video on Facebook, the station said: “Thank you for this message Tony Hadley – we have heard back from Shalehan too, and we are grateful that he has accepted the prize…

“To everyone: Once again, we are very sorry.”

Always believe in your soul, guys.