Home Culture A wrongfully convicted man freed after 36 years is now an ‘America’s... 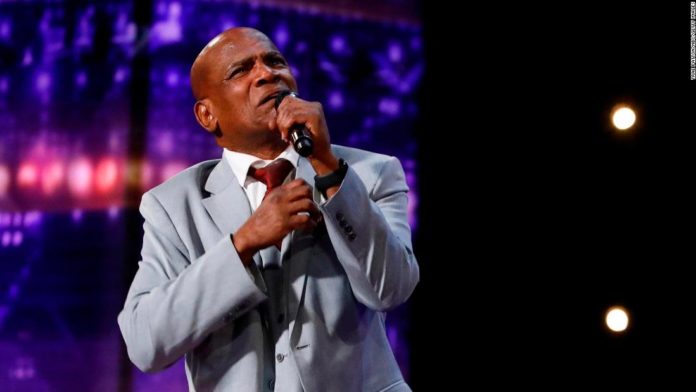 Want more inspiring, positive news? Sign up for The Good Stuff, a newsletter for the good in life. It will brighten your inbox every Saturday morning.
Archie Williams spent 36 years in a Louisiana prison for a rape he didn’t commit. One year after he was freed, he wooed the reality show’s judges with a moving rendition of “Don’t Let the Sun Go Down on Me.”
While in prison, he said he’d perform and catch episodes of the show he’d someday audition for. Singing saved him from succumbing to the darkness of his situation.
“I watched ‘America’s Got Talent’ in prison and I would visualize myself there,” he said before his audition. “I always desired to be on a stage like this, and now I’m here.”

He spent nearly 37 years in prison

When a white woman in Baton Rouge, Louisiana, was raped and stabbed in 1982, she repeatedly identified Williams as her rapist.
Williams, then 22, said he was home asleep at the time of the assault, and his fingerprints weren’t found at the scene, but “as a poor black kid, [he] didn’t have the economic ability to fight the state of Louisiana,” he said in an interview before his performance.
In 1983, he was convicted for attempted murder, aggravated rape and aggravated burglary and sentenced to life in prison without parole, according to the National Registry of Exonerations.
After more than a decade in Louisiana State Penitentiary, a maximum security prison with a violent reputation, the Innocence Project took up his case. Repeatedly, the legal nonprofit requested DNA testing and fingerprint comparisons that could prove Williams’ innocence.
Finally, in March 2019, Williams’ fingerprints were submitted to a powerful fingerprint ID system. And finally, it was proven that a man who’d committed other sexual assaults in the neighborhood was responsible for the crimes Williams was convicted of, according to the registry.
That month, Williams’ charges were dismissed and, at 58, he was freed.

A second chance on ‘AGT’

The judges were stunned when Williams shared his story. And when he completed his affecting audition, all four of them — plus those in attendance — rose to give him a standing ovation.
“I will never, ever listen to that song the same way after you sang that,” judge Simon Cowell told him. “This is an audition I will never forget for the whole of my life, Archie.”
Cowell and fellow judges Howie Mandell, Heidi Klum and Sofia Vergara all voted to send him onto the next round of the competition.
Williams’ audition airs on Tuesday at 8 p.m. when the new season of “America’s Got Talent” premieres on NBC.