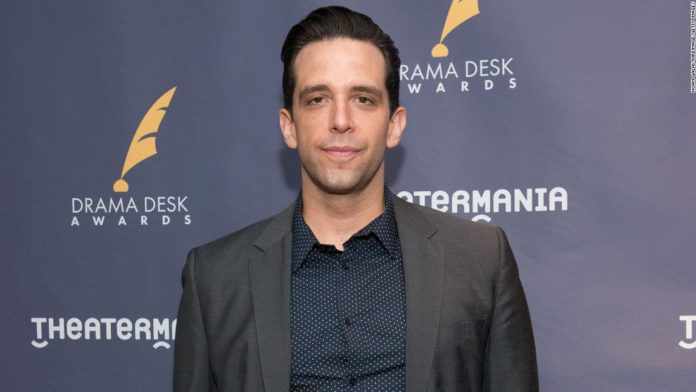 The Broadway actor’s wife, Amanda Kloots, posted Monday on her Instagram Stories that he was “doing slightly better than yesterday.”
“He is still very sick and battling a lot,” she wrote. “They turned him to a proning position today to open his airways. He has had this before and it helped a lot.”
Over the weekend she had alerted her followers that her husband had suffered a new lung infection, but was improving
“Day by day, hour by hour, he’s getting better,” she said. “He’s slowly getting back to where he was before this infection came about.”
Kloots has been sharing updates about her husband’s progress, who she has said is hospitalized at Cedars-Sinai Medical Center in Los Angeles.
Cordero was up for a Tony in 2014 for his role in “Bullets Over Broadway.”
According to his wife, Cordero has been on a ventilator, has suffered multiple Covid-19 complications, and had to have his leg amputated.
Kloots and Cordero’s supporters have held daily sing-alongs to inspire his recovery.