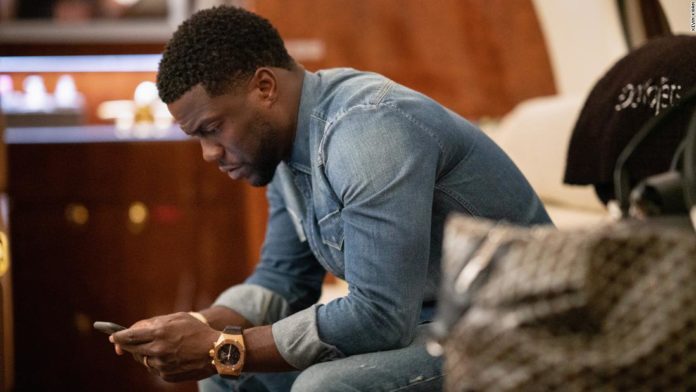 The comedic actor appeared the “Joe Rogan Experience” podcast that posted Monday and said he suffered fractures in his back and had his spine fused.
The crash made Hart appreciate life more, having come so close to death, he said.
“When you come close to that light and if you are fortunate enough to come back to that light, you value life differently,” he said. “There are no bad days for me.”
The “Jumanji” star said his “biggest cry in life came from the first day that I came home from the hospital.”
“There was an option of me never seeing that home again,” Hart said. “There was an option of me never walking on that driveway again. There was an option of me never seeing my wife and my kids again.”
Hart was one of three people involved in a September crash in Calabasas, California.
Hart and the driver, Jared Black, sustained back injuries and were taken to nearby hospitals, according to a California Highway Patrol incident report obtained by CNN. The third occupant, Black’s fiancée Rebecca Broxterman, did not suffer any substantial injuries.
The three were traveling in a 1970 Plymouth Barracuda owned by Hart. Black was turning onto Mulholland Highway near Malibu when he accelerated and lost control, the highway patrol report stated. The car careened down an embankment and slammed into a tree, with Hart in the passenger’s seat and Broxterman in the back.
Hart told Rogan during the podcast that he pretended to be better than he actually was while he was recuperating.
“I lied in the hospital because I didn’t want them to know that I was having pain,” Hart said, “because I thought that they were gonna stop me from letting me continue to try my walks.”