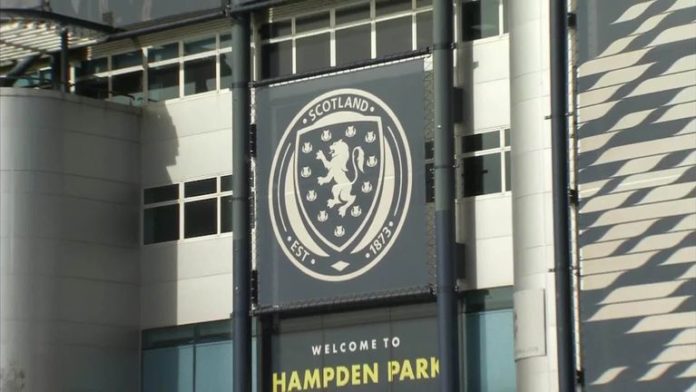 The arguments and delay over a decision to end the Scottish Premiership season has let the players down, according to former St Johnstone midfielder Danny Swanson.

Last week, the SPFL opted to curtail the current campaign, crowning Celtic as Scottish Premiership champions for the ninth successive season and relegating Hearts to the Championship for the second time since 2014.

It came more than a month after the 42 SPFL clubs voted – after some controversy – in April to end the season in the Championship, League One and League Two amid the ongoing coronavirus pandemic.

“After lockdown started, and we could see how big an impact this was happening on the whole world, we were never going to finish this season – so scrap it.

“Celtic deserved the league. I felt sorry for Hearts, but you couldn’t say ‘give Celtic the league and not relegate Hearts’. They had to do something, and make a decision.

“If it was to void the league altogether, then Celtic would have been raging and Hearts would have been delighted – but just make a decision, stop going round in circles!

“We were looking at our phones thinking, what’s going on today – ‘oh, it’ll be next week, next week… shambles’.

“They [the SPFL] took so long to end the league – it was never going to get back to playing. Just end it, for boys to get an opportunity to go and speak to other clubs, and to let clubs know what league they’ll be in.

“We were sitting getting messages from the PFA about what was happening, and I was thinking, ‘this means nothing to me – just make a decision, and give us a chance to sort our futures out’.”

The former Dundee United and Hibernian midfielder was released by St Johnstone earlier this week and is now a free agent.

“It’s one of these situations that I’ve never found myself in before,” he said. “I’m stuck in limbo at the moment.

“When the furlough system was launched, that was brilliant for players everywhere, but unluckily for us St Johnstone have now decided not to use it on us [players that have been released], which surprised me. I was gutted to be released.

“To be fair, the club have been really good with us, they kept us up to date and they had been topping the wages up after we were furloughed which was great.

“Even if they could just furlough us until football came back – not even top up the wages and just give us what the government allows, to keep us in an income – for them not to do that, I was very surprised.

“I’m sure it is getting done [like that] around the country. At St Johnstone it’s maybe different because the club doesn’t have a manager.

“I was thinking, ‘keep us on the scheme’, and maybe a new manager would come in and think, ‘I quite like the look of him’.

“It’s a job retention scheme, and we’ve lost our jobs. Luckily I’ve got little bits and bobs going on outside football, but for the guys who are younger, have maybe bought a new house and have a mortgage to pay – it’s tough.”