Home Culture ‘It’s Always Sunny in Philadelphia’ gang will be back for record-breaking 15th... 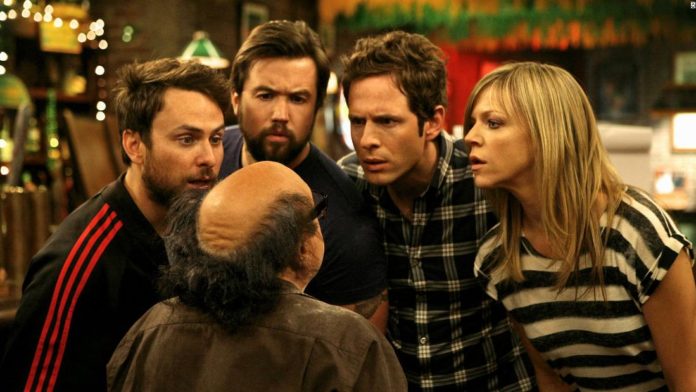 FX has renewed the series for a record 15th season, making “It’s Always Sunny in Philadelphia” the longest-running live-action American sitcom, according to the network. (“The Adventures of Ozzie and Harriet” ran 14 seasons.)
The series, about a group of friends who run an Irish pub in South Philadelphia, premiered on FX in 2005 and moved to FXX for its ninth season.
“It’s Always Sunny” was created and is executive produced and written by stars Rob McElhenney, Glenn Howerton and Charlie Day. It also stars Kaitlin Olson and Danny DeVito. The 14th season ended in November 2019. While writing has begun on the new season, according to FX, it is unclear when production will resume due to the coronavirus pandemic.
In the meantime, every episode of the show is available to stream on Hulu.

Saturday Sessions: Tim Minchin performs “The Absence of You”

Saturday Sessions: Tim Minchin performs “The Absence of You”

Australian Open: 47 players In quarantine after positive Covid-19 tests on...